The Light From The Black Prince – Review by Manjit Singh (Ottawa)

Just came back from the theatre and cannot hold any longer the flood of thoughts that are emerging after witnessing the screening of the best realistic movie of 2017.

If any one has doubts about one’s life and how life relates to its past, present and future, one should see the master piece of art and historical story telling coming live in front of ones eyes, yes I am talking about the slow to acclaim and now highly proclaimed by crictics as the modern master piece, The Black Prince.

From its story telling, to its close proximity to the by gone era of the raj, to upholding the royalty of his majesty and the flawless depicting of maharani jindh played flawlessly by veteran actress Shaban Azim is all commendable and deserves our due attention of every moment that one spends in the auditorium 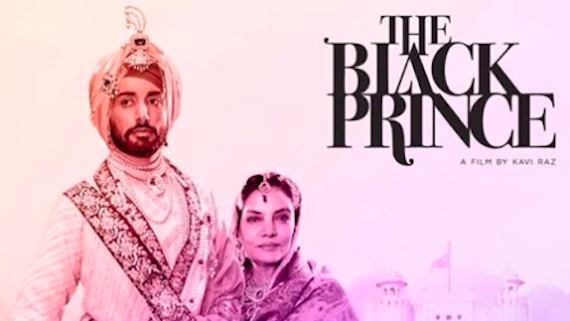 The Black Prince is a Hollywood biopic of Maharaja Duleep Singh

It was so captivating that there was pin drop silence in the almost full theatre on a week night, people even stopped eating their crunchy pop corns or occasionally take sips from the pop ware.

The music was so well blended for each occasion that the main character played by Sitender Sirtaj never felt out of place. The director perfectly managed to cast the rookie actor into the confused personality of Maharaja Duleep Singh Jee and it clearly showed how he was struggling with his past to mould his present and smoothen his future, of his people and his country/kingdom.

Above all the movie has been successful to present the history, undistorted. A balm to many aching hearts of the land of the Maharaja..

And a renewed hope that the truth shall prevail. A must see for who understand and practice patriotism in the global context…..although this is the history of the Punjab and its people, past, present and future, a close look resembles the history of all wronged people of great lands around the globe, and hence the global appeal of justice or the lack of it, still very much a burning issue in the history of mankind, enacted by man, against himself.

When a man wins, humanity suffers, but when humanity wins every man enjoys peace …