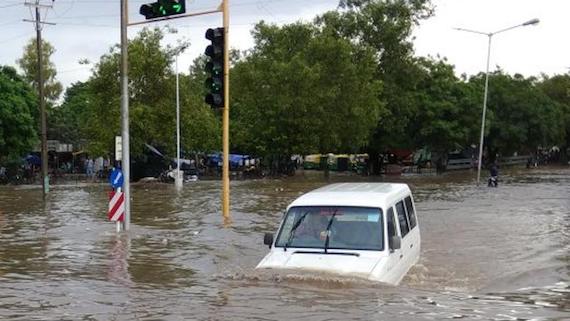 Reports in media note that there was flood like situation due to heavy rainfall in the some areas of the Chandigarh, especially at the outskirts.

Many vehicles were reportedly stranded on Mohali’s Airport road due to rain-water, notes a Punjabi vernacular.

As the images of rainwater filled roads of Chandigarh and Mohali started appearing over the social media, it triggered a rumour of cloudburst. People kept forwarding such messages carrying cloudburst rumour over Facebook and WhatsApp.