Chandigarh: As per the media reports Punjabi poet Surjit Patar is likely  to be the new chairperson of the Punjab arts council. He will replace television anchor Satinder Satti whose appointment by the erstwhile Badal government is stated to be controversial. 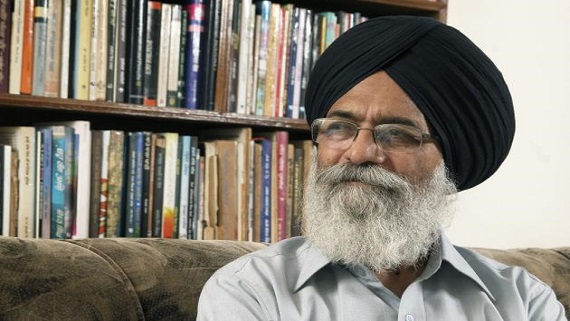 It is learned that Surjit Patar has been the chosen for the post by Punjab tourism and culture minister Navjot Sidhu for this coveted post.

An indication to this effect was given by Navjot Sidhu while chairing a meeting of the prominent art and literary persons on Monday at which Surjit Patar too was reported to be present.

The minister told a select group of people that he had already sent the file related to this decision for approval to chief minister Amarinder Singh. It is also learned that Navjot Sidhu is to personally visit Surjit Patar’s residence in Ludhiana to present him with the letter of appointment. However, there are speculations that a longer procedure may have to be adopted and the actual appointment may take a little longer, media reports said.

In the past he has headed he has headed the Punjab Sahitya Akademi. He also stated to be  a recipient of major literary awards including the Indian Sahitya Akademi Award which he had returned along with a many other writers from Punjab and other states in protest against curbing of the freedom of expression.

Meanwhile, both Satinder Satti and Surjet Pater did not answer the telephone calls made to him, reports Hindustan Times (HT).