Ludhiana (Divya Goyal, Indian Express): ‘Gunaahan Da Iqbaal — Maafi Layi Ardaas Tey Dua’ (Confessing our crimes – a prayer for forgiveness) — a unique prayer meeting was held at Punjabi Bhawan in Ludhiana on Sunday, where people sought forgiveness for ‘people killed by their own people’ in 1947. 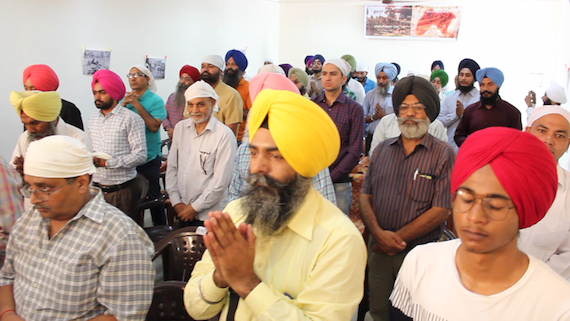 The prayer meeting was open to all and an initiative taken by a group of residents who just posted about it on Facebook. Nobody was formally invited. An introduction to the meeting said that ‘all those people should join who feel that their ancestors did wrong by killing their own people and now they would like to apologise on their behalf. Let us make a new beginning’. 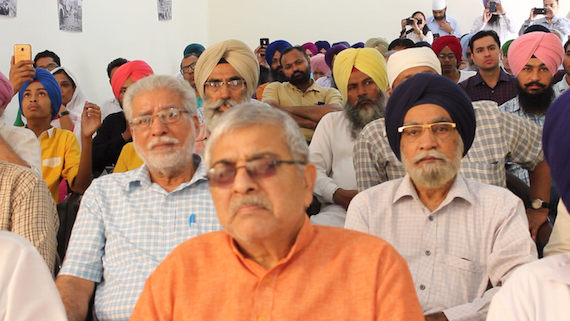 At the event, people from different parts of Punjab pondered over the fact that “politicians alone cannot be blamed for the partition and massacre of people from both sides of the border”. They asserted that “our own people killed their own people forgetting what is humanity”. The prayer meeting started with an Ardaas (prayer) seeking forgiveness from the families of those who were killed during India-Pakistan partition and then a dua (also a prayer) was performed by Shahi Imam Usman Rehmani from Jama Masjid, Ludhiana. Patiala MP Dr Dharamvir Gandhi also joined the prayer meeting though none of the politicians were formally invited. 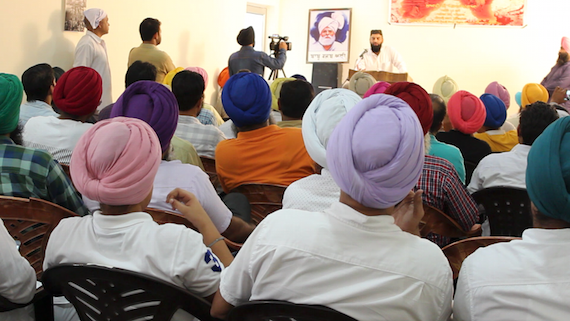 Speaking to The Indian Express, Gangveer Rathour, one of the organisers, said, “It was a meeting to introspect and confess that our ancestors did something wrong and we need to accept it. There is no running away from the fact that our people killed their own people, both in India and Pakistan. It was a prayer to seek forgiveness from the families of those who were massacred. We cannot blame politicians or British alone for whatever happened. The fact is that our very own people of undivided Punjab forgot humanity and meaning of Punjabiyat and the culture of Punjab. They got divided into Hindus, Muslims and Sikhs forgetting the meaning of being a Punjabi. So we asked people to come together and join us for ardaas/dua and seek an apology on behalf of our ancestors.”

One of the demands raised by the gathering was that governments of India and Pakistan should allow 80-plus people in both countries to revisit their ancestral villages without any restrictions. “They are in the last phase of their life and some won’t be able to die in peace. Their only wish is to meet their friends or families in India or Pakistan. Governments should facilitate their movement across border. Another resolution passed was that the rivers flowing through Punjab (of India and Pakistan both) should not be diverted unnaturally. Let us not spread enmity to waters and preserve what undivided Punjab had,” added Rathour. About promoting Punjabi, speakers said: “Hindi and Urdu are being promoted by both nations, but not Punjabi. We want it to be saved.”