New Delhi: Reacting to today’s speech by Aung San Suu Kyi, Myanmar’s State Counsellor and de facto leader, on the crisis in Rakhine State, James Gomez, Amnesty International’s Regional Director for Southeast Asia and the Pacific, said “Aung San Suu Kyi today demonstrated that she and her government are still burying their heads in the sand over the horrors unfolding in Rakhine State. At times, her speech amounted to little more than a mix of untruths and victim blaming.

“There is overwhelming evidence that security forces are engaged in a campaign of ethnic cleansing. While it was positive to hear Aung San Suu Kyi condemn human rights violations in Rakhine state, she is still silent about the role of the security forces in this. 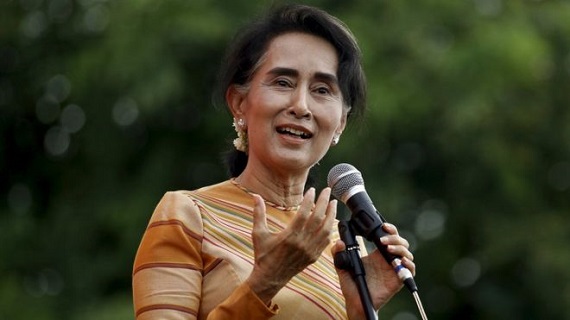 “Aung San Suu Kyi’s claims that her government ‘does not fear international scrutiny’ ring hollow. Myanmar has repeatedly said it will not co-operate with the UN-mandated Fact Finding Mission established earlier this year. If Myanmar has nothing to hide, it should allow UN investigators into the country, including Rakhine State. The government must also urgently allow humanitarian actors full and unfettered access to all areas and people in need in the region.

“The military’s campaign of violence and human rights violations in Rakhine State must end immediately. But the government should also address the entrenched discrimination that has left Rohingya trapped in a cycle of abuse and deprivation for decades.

“Aung San Suu Kyi rightly pointed to challenges around conflicts in other parts of the country. But the fact remains that ethnic minorities are also suffering severe human rights violations by the military, notably in Kachin and northern Shan States. These patterns will continue as long as the security forces enjoy near total impunity.”