Oxford, England: The Oxford College where Myanmar leader Aung San Suu Kyi studied has taken her portrait down from public display. This follows international criticism over her role in her country’s humanitarian crisis.

According to St. Suu Kyi had graduated from St Hugh’s College in 1967 and the portrait had hung prominently at the college entrance since 1999.

The portrait of Suu Kyi has been replaced at the entrance to the college’s Main Building by a painting by Japanese artist Yoshihiro Takada. 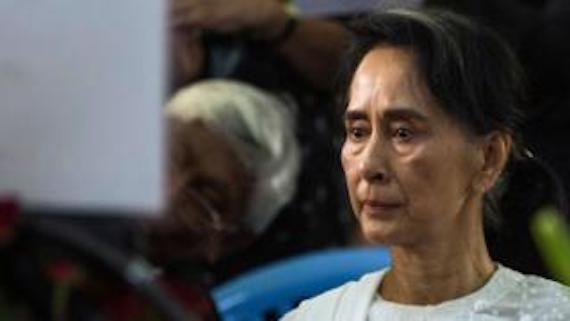 Communications manager Benjamin Jones said Suu Kyi’s portrait had been moved to a “secure location” while Takada’s piece was to be displayed “for a period”.

Suu Kyi, a former political prisoner, has been widely condemned for her silence over reported atrocities against Rohingyas by Burmese army.

Suu Kyi, who won a Nobel peace prize in 1991, has been Myanmar’s de facto civilian leader since winning elections in 2015.

Myanmar has been accused by the United Nations of “ethnic cleansing”.