Amritsar: The ongoing tensions between two sets of Jathedars; one led by Giani Gurbachan Singh and appointed by the SGPC and other appointed by 10 Nov., 2015 Panthic gathering at village Chabba, have deepened after the October 12 clash between SGPC task-force and supporters of acting Jathedars at Darbar Sahib complex.

On Oct. 12 the SGPC had prevented acting Jathedars from entering the Darbar Sahib complex to hold a meeting. 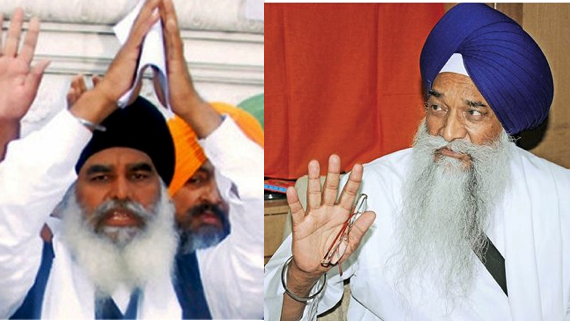 It is pertinent to mention here that Giani Gurbachan Singh was rejected as the Jathedar by large sections of the Sikh Panth after he, along with others, had unilaterally granted pardon to Dera Sauda Sirsa chief Gurmeet Ram Rahim in September 2015. But the Shiromani Akali Dal (Badal) and Sikh institutions controlled by it, including the SGPC continued to support them. 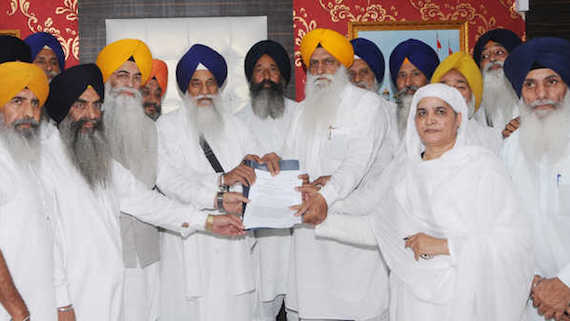 Notably, Bibi Jagir Kaur was convicted in 2012 by a CBI court for abduction of her own daughter who had died later, reportedly due to forced abortion of pregnancy. After the SGPC member and SAD (Badal) leader was found indulged in affair with another woman he was excommunicated by both sets of Jathedars it was expected that Bibi Jagir Kaur may also face similar action in wake of allegations against her for committing Kurehat and allegations of being Kurimar (one who kills daughter).

Besides, soon after the Panthic gathering of November 2015 at Chabba village in Amritsar, acting Jatherdar Dhian Singh Mand was charged with sedition and was subsequently arrested by the Police soon after addressing Sikh Sangat on Bandi Chodd Divas in the  Darbar Sahib complex.

In June this year the SGPC under Professor Kirpal Singh Badungar reached out to ‘acting‘ Jathedars so as to prevent an untoward incident while observing Saka Darbar Sahib of June 1984 which was hailed by Shiromani Akali Dal (Mann) and various other Sikh organisations.

Ever since the Takhat Jathedars lead by Giani Gurbachan Singh pardoned Dera Sauda Sirsa Chief Gurmeet Ram Rahim, has been facing stiff protest and boycott from Sikh activists whenever he addresses the Sikh Sangat on any given occasion.

Interestingly, this time when Bandi Chodd divas is around the corner the SGPC seems to be apathetic about communicating with the ‘acting’ Jathedars to reach an understanding so that the event can be observed peacefully. The SGPC backed Jathedar Giani Gurbachan Singh has retorted that in face of any eventuality or untoward incident both the SGPC and Punjab Government will be responsible for it.