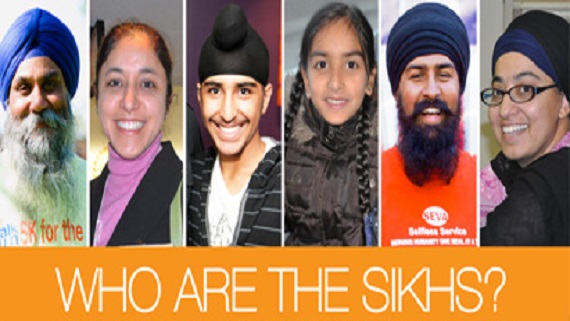 “We are excited to see the Sikh community and public officials across California continue to build upon the trailblazing work that has been done in recent years to raise Sikh awareness,” reads the statement of  Interim Managing Program Director, Rajdeep Singh.

As part of California Sikh Awareness & Appreciation Month, the Sikh Coalition is also proud to confirm that the Sikh Project will be featured in Sacramento and Orange County this November. The landmark art exhibition that originally reached over 20 million Americans in 2016 will be coming to California with the goal of reaching thousands more.

Three Sikh portraits will be displayed at the California State Capitol Museum in Sacramento from November 1-12, and thanks to a partnership with SikhLens, the complete exhibition will also be featured at Chapman University from November 17-January 15, 2018.

Additionally, the Rights group worked with the California Department of Education to successfully circulate a memorandum to every county and district school superintendent in the state encouraging them to promote awareness of Sikh Americans and remain vigilant against school bullying.

Finally, the Los Angeles Clippers are again partnering with the Sikh Coalition to host their fourth annual Sikh Awareness & Appreciation game. The game is scheduled for December 6th. Stay tuned for more details about how to order your tickets in November.

“Sikhs have made California a vibrant place for over a century, and we are grateful to all lawmakers and community leaders who are helping us promote awareness of the Sikh American community in our nation’s most populous state,” said Rajdeep Singh.