Actually the Parkash Gurpurab this years falls between the days of Shaheedi Sabha of Vadde and Chhote Sahibzade thus various Sikh organizations were of the view that the date of Parkash Gurpurab be changed to January 5, as it was fixed so in the original Nanakshahi calendar. 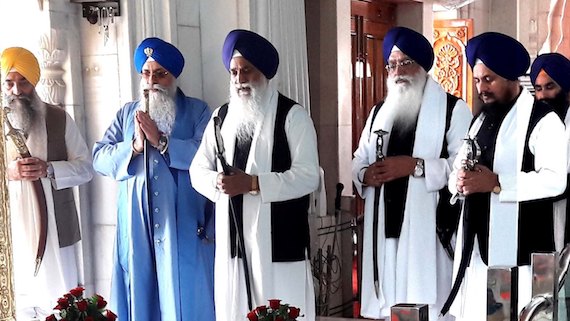 In another decision, the SGPC backed Jathedars have asked Sikh Pracharak Bhai Ranjit Singh Dhadrianwale to submit CDs of his speeches and prachar in which he allegedly passed certain comments about Amrit Vela, Sarovars and other subjects. The decision came in wake of a complaint field by Sant Samaj against Bhai Ranjit Sindh Dhadrianwale.

Meanwhile, Sikh organisation Dal Khalsa has issued a statement criticising the continuation of “rejected” Jathedars. The Sikh body has also announced to disapprove the decision taken by Giani Gurbachan Singh and others. The Sikh group maintained that Giani Gurbachan Singh was rejected as Jathedar by the Sikh Panth after he, along with others, had announced unilateral pardon to Dera Sauda Sirsa chief Gurmeet Ram Rahim.