Rahul Gandhi to take over as Congress president before Gujarat Elections

A report in The Indian Express quotes party sources saying that the Mullappally Ramachandran-headed central election authority, which oversees conduct of the organisational polls, has submitted multiple schedules to the Congress president. The process of election — from the date of notification to nomination, withdrawal, scrutiny and actual election — will take 12 to 14 days. 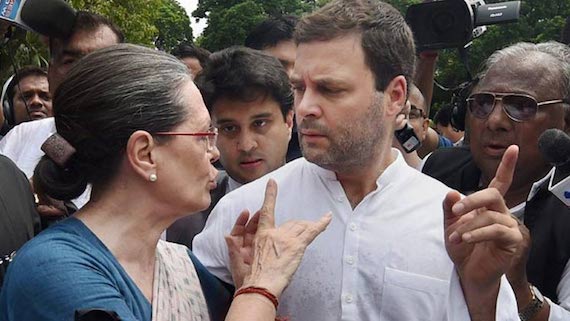 It is up to the working committee to decide the time frame, but media reports say that Rahul Gandhi is expected to take over before the first phase of polling in Gujarat, on December 9,

The Sunday Express quotes a senior leader saying that Rahul Gandhi could take over by the end of November itself.

It is not clear whether the CWC will decide the role Sonia will play post Rahul’s elevation, or convene another meeting later on this. Sources said she would remain a figurehead and could continue as chairperson of the Congress Parliamentary Party.

Sonia Gandhi has held the post of Congress chief since 1998.