Ahmedabad: The leader of the Patidar community Hardik Patel who from the past three year has been involved in the agitation to get reservations for his community in government jobs and educational institutions has today announced his support for the Congress in the Gujarat elections next month. The opposition party (Congress) had accepted its demand for reservation for the Patel community, he said. 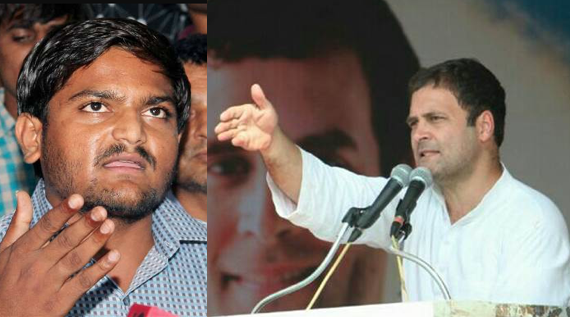 The Patidar Anamat Andolan Samiti (PAAS) leader said the Congress will include the extension of reservation benefit to Patidars in its election manifesto..

“The Congress has agreed to provide reservation to the Patidar community,” Hardik Patel said while interacting with the media.

Elections in Gujarat will be held on December 9 and 14, notes The Tribune (TT).