Around $ 210,000 Raised In Washington To Educate Underprivileged Students In Punjab

Washington: It is learnt that a US based Sikh Non Government Organisation (NGO) called Sikh Human Development Foundation (SHDF), on Thursday with the active participation of over 350 guests from all across the Metropolitan Washington area raised over $210,000 for underprivileged youth pursuing higher education in Punjab. 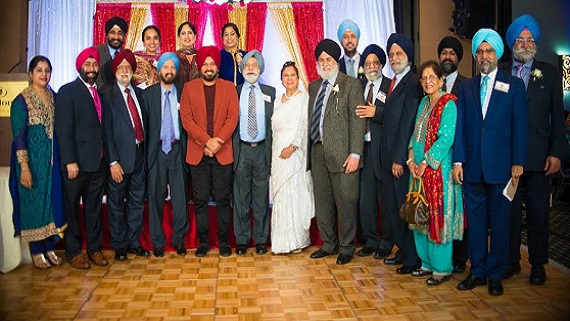 Participating guests during the event organised by SHDF.

The amount was raised during an event organised at at Gaithersburg Hilton in Maryland. Gajinder Singh Ahuja, Chairman of SHDF, while welcoming the audience, invited all to donate by saying, “Your assistance is lifting young people out of poverty, tragedy and painful circumstances.”

“This NGO has so far given more than 5000 scholarships. Of these, 2,700 have already graduated and found good jobs. They have become doctors, engineers, scientists and the like. Some of them are now helping other needy children. This is one of the major impacts. SHDF now has 7 centers in Punjab and Delhi. All of these centers are being managed by volunteers such as college professors and students, Gajinder Singh Ahuja said while addressing the guests present.

While narrating his tale Jasdeep Singh Juneja, an IT professional from Dallas and one of the beneficiary of the program stated that ““If there was no SHDF then instead of being in USA  would have lost in life. My family was not able to support me. It is only because of financial assistance at a very crucial time that I was able to become a professional. I am now able to support the education of my own younger brother.”

During the event Dr. Manmohan Singh Kumar and Dr. Rajwant Singh led an appeal requesting for donations from the audience, who then opened up their hearts and wallets to write checks for SHDF.

Chief Guest at the dinner event, Gursharan Kaur Kandra from Toronto, appealed to the audience to donate wholeheartedly for the scholarship program. Punjabi Comedian Gurpreet Ghuggi was also present at the event .