Sikh Genocide 1984: 2 Witnesses From US Ready To Testify Against Jagdish Tytler

Chandigarh: As per the media reports two US based witnesses have give their ‘consent’ and are  ‘willing to testify’ against  Congress leader Jagdish Tytler for his alleged role in the Sikh killings of 1984. 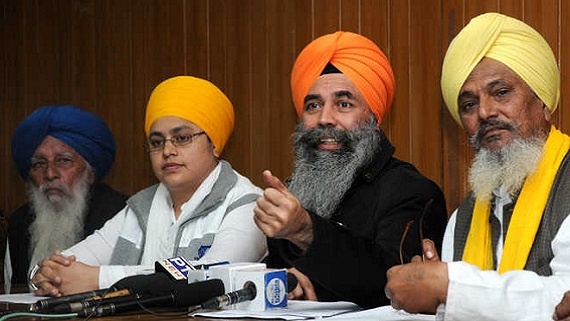 Witnesses named Jasbir Singh and Resham Singh both from US state of California, were residents of Delhi in November 1984, have reportedly issued affidavits furnishing details about how Jagdish Tytler was involved in inciting and leading violence against Sikhs in the aftermath of then Indian Prime Minister Indira Gandhi’s assassination.

Both the said affidavits were released by All Indian Sikh Students Federation member Karnail Singh Peer Mohammad in New Delhi in the presence of Jasbir Singh’s parents on Friday.

The quote from the reported affidavit submitted by Resham Singh on December 14th published in an English vernacular states “that on November 1, 1984, I was trying to reach my home. Passing by Gurdwara Pulbangsh, I saw smoke coming out of the gurdwara building and outside a mob, led by Congress leader Jagdish Tytler was chanting slogans ‘Khoon Ka Badla Khoon’. When I got closer, I saw and heard Tytler instigating and screaming at the mob and pointing towards the gurdwara and ordering them to go and get the Sikhs hiding in the gurdwara”.

Furthermore, the media sources reported that Witness Jasbir Singh had earlier given an affidavit to the Nanavati Commission and his testimony regarding Jagdish Tytler’s role was also recorded by the CBI in December 2008 in San Francisco, California.

Jasbir Singh, who is reported to have lost more than 25 family members in the anti-Sikh violence, in his affidavit stated that “despite all the threats and danger to my life, I am willing to come to India to testify before the court of law regarding Tytler’s involvement in the killing of Sikhs during November 1984” reports The Tribune (TT).