Hoshiarpur: Dal Khalsa today appreciated countries that had shown courage during the UN General Assembly voting on Thursday, snubbing Donald Trump administration on its unilateral decision to recognize Jerusalem as capital of Israel. 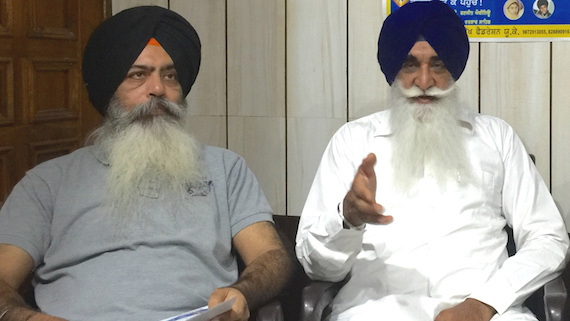 The organization believes Trump’s proposed move was highly provocative that could have plunged the situation back in deep trouble in West Asia.

Party leader H S Cheema and party member Kanwar Pal Singh, hailed European Union, India, Pakistan and other countries for boldly refusing to follow the US line and sticking to the “international consensus” on Jerusalem.

Additionally, they said that instead of taking initiative to bring lasting peace between Palestine and Israel, the US has unfortunately tilted towards the later. The 128 countries have shown mirror to US for its hypocrisy. It’s a time for the world “policeman” to do introspection and play a balanced role.

“Surprisingly, New Delhi has joined the comity of nations to oppose the US move despite the present dispensation under Modi having very close ties with Tel Aviv. We feel ‘better sense has prevailed’ and New Delhi has taken a right stand by voting in favour of the resolution rejecting Trump’s move.”

Meanwhile, concluding their statement they said Palestine freedom struggle has always been inspiring for the ‘peoples’ who aspire to become independent in their respective regions. “India needs to learn from world developments and should recognize and respect right to self determination of the struggling people including Kashmiris, Sikhs.