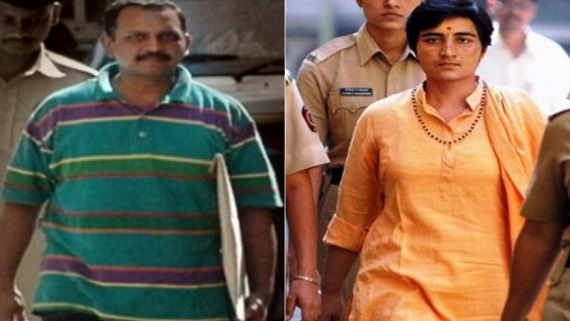 The court reportedly said that ” Sadhvi Pragya “cannot be exonerated of conspiracy charges as she was aware of the motorcycle being used for the conspiracy.”

In April, Sadhvi Pragya was granted bail by the Bombay High Court, which said no case was made out against her. But the high court denied bail to Lt Col Purohit, who went to the Supreme Court of India (SCI).

Four months later, Lt Col Purohit was granted bail by the SCI. The SCI pointed out and maintained that there were “material contradictions” in charge-sheets filed by Maharashtra’s Anti-Terror Squad, which investigated the case first, and the NIA, which took over in 2011, notes NDTV.

It is said that both Sadhvi Pragya and Lt Col Purohit had floated and nurtured ‘pro-hindutva’ group called Abhinav Bharat which is accused of planning, funding and executing series of bomb blast across India. The name of the group also surfaced in Samjhuta Express train blast case of 2007, in which majority of those who died were Pakistani citizens.