In a written communication, Harminder Singh Mintoo’s lawyer Advocate Jaspal Singh Manjhpur told Sikh Siyasat News (SSN) that his client told him about his jail conditions and hunger strike during court appearance through video conferencing at a court in Ludhiana on Saturday (Jan. 6). 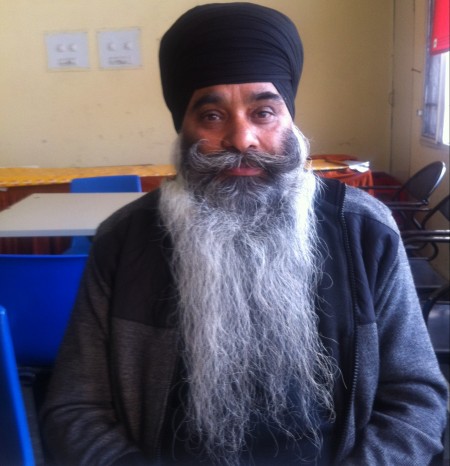 According to Advocate Jaspal Singh Manjhpur Harminder Singh Mintoo said that he was being kept in a dark cell of the jail for past two months and in that room he has no access to sunlight.

“Harminder Singh Mintoo told me that being a heart patient it was turning hard for him to survive in such extreme conditions in these days of winter. He is not allowed to come out of that cell and jail authorities are not acting on medical advise by doctors to take him to PGI for medical checkup and treatment”, Advocate Jaspal Singh Manjhpur told Sikh Siyasat News (SSN) over phone.

The lawyer maintained that Harminder Singh Mintoo told him that jail superintendent is demanding rupees two lakh bribe to bring him out of the dark cell.

Harminder Singh Mintoo has also maintained that the jail officials are patronising illicit drugs trade in jail. He said that drugs are being sold openly in the jail with connivence of jail authorities. He said that independent inquiry into this matter could lead to major exposes of (alleged) notorious activities of the jail administration.