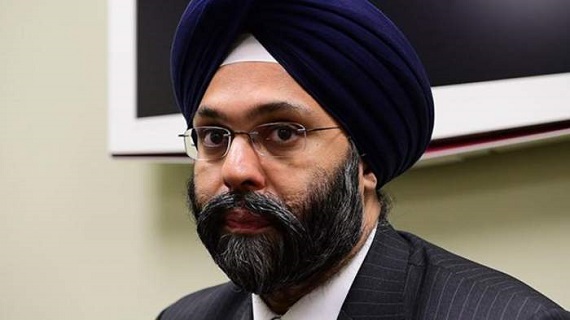 Democratic Governor Phil Murphy reportedly said he believes Gurbir Singh Grewal is the first Sikh to serve in such a position. Former Republican governor Chris Christie tapped Gurbir Singh Grewal in 2016 to be the prosecutor in Bergen, New Jersey’s most populous county.

Gurbir Singh Grewal has served as assistant US attorney in New Jersey, serving in the criminal division, and he served as a prosecutor in the Eastern District of New York. Gurbir Singh Grewal who happens to be a sabat surat Sikh  said he wants to show the country and his three daughters, who attended his confirmation, his commitment to working to end intolerance, notes Boston Globe in its report.