Chandigarh: While paying tributes to Mohammad Afzal Guru, the pro-freedom party of the Sikhs Dal Khalsa said Indian state murdered Janab Afzal Guru by hanging him secretly on this day 5 years ago. The organization criticized Indian state for being insensitive in handing over his mortal remains to his wife Tabassum Guru. 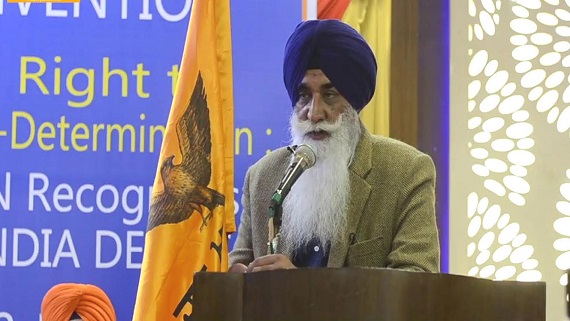 Party head H S Cheema said “The hanging of Guru was a purely political decision taken by then Indian government to appease the majority community and consolidate their vote-bank.”

Joining the people of Kashmir in remembering Afzal Guru and Maqbool Bhat on their martyrdom anniversaries, the Dal Khalsa leader said both attained martyrdom for the independence of Kashmir.

Extending its sympathies to the people of Jammu & Kashmir, the Dal Khalsa leader said no democracy can thrive through terror and domination. He further added that the state-sponsored terror and maiming of the Kashmiri people was big blot on Indian democracy.

Focusing on denial of justice and fundamental rights to people of Kashmir and Punjab, he said: “The political establishment of the country has scant respect for human rights, rule of law and justice.”

Expressing solidarity with struggling people of Kashmir, he urged representative organizations from Kashmir and Punjab to strengthen coordination among them to maintain and uphold distinct identity and status and to achieve the right to self-determination.