Chandigarh: Panjab University based students group called Students For Society (SFS) on Thursday (8th February) held a discussion on a controversial law PCOCA (Punjab Control of Organised Crime Act). An act that is being dubbed as “Act of all State Terror Acts” by rights activists, the Punjab Government is bend on passing this law in the state assembly. 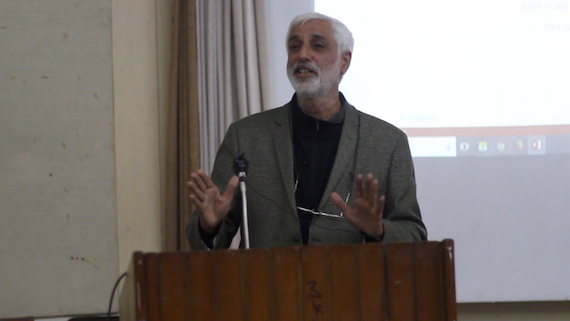 Senior lawyer at Punjab & Haryana High Court Advocated Rajwinder Singh Bains was invited as main speaker for this event. Whilst speaking on this controversial law Advocate Rajwinder Singh Bains stated that such laws or acts are not new but in perpetuation form the colonial legacy as the British were the first to introduce such Act under the title of “Security of India Act”. It was passed during both first and second World War in order to suppress the freedom demand of the people residing in the Indian sub-continent. Elaborating further he termed the PCOCA as Child of UAPA and POTA, grandchild of TADA, great grandchild of MISA and great-great grandchild of Defense of India Act (DIA) . 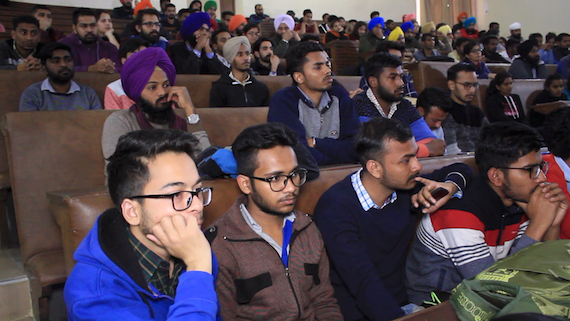 Pointing out the flaws in the proposed PCOCA act he stated that definition of ‘economic activity’ is very wide and vague in this which means an individual who is unable to give record of miscellaneous gains will also come in the ambit of this act.

Citing the example of misuse of previous Acts, Advocate Rajwinder Singh Bains stated that when TADA was in place way back in 1990’s those who were actually targets were killed by the state in fake encounters through armed forces and it was only the supporters, sympathisers and family members of those dissenters who were framed under the TADA.

“Given the fact of extensive use of torture during police custody, making confessions before police officials admissible in evidence is most dangerous provision of PCOCA”, he added while sharing various recent cases of excessive use of custodial torture against various rights activists by the police.

He said that the provision related to ‘protection of witnesses’ would allow the state and police to plant their stock witnesses and the person framed under PCOCA would be left defenceless.

He said that provisions related to presumption of guilt are also very dangerous as they would adversely affect the fair trail and are vulnerable to misuse.