Indianapolis: As per the media reports emanating from USA, Indiana’s state legislature have unanimously passed resolutions praising the “significant contribution” of Sikh Americans in the country. 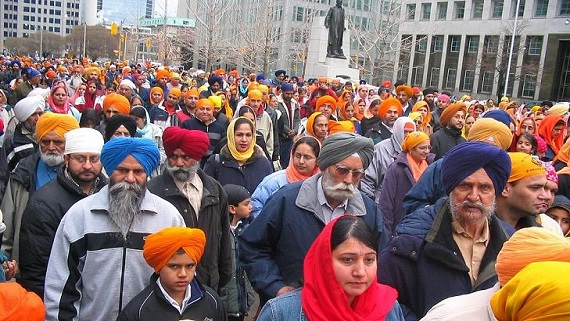 It is said that  both the House of Representatives, the lower house, passed the Sikh resolution on Wednesday, within days of the Senate, the upper house, passing a similar resolution.

The opening of day’s proceeding was marked by Ardas (Sikh Prayer) at the House of Representatives in Indiana, which has a population of about 10,000 Sikhs who own around 3,500 businesses in the state.

Noting that Sikhs in America pursue diverse professions and walks of life, making rich contributions to the economic vibrancy of the US as farmers, engineers, doctors, scientists, and business owners, Sikhs continue to make strides towards securing religious liberty as patriotic members of the US armed forces, the resolution reportedly read.

Apparently, it was stated that Sikhs have served on local, state, and federal levels of government in the US,  and said the community provided significant contributions to and continued to serve the country, state and the communities.

“As such the faithful service of the Sikh community to this state and the country merits appreciation as an integral thread in the fabric of American plurality,” reads the quote from the resolution sponsored by Representative Cindy Kirkhofer and co-authored by House Speaker Brian Bosma published in The Telegraph.

“Indiana’s growing Sikh community continues to make tremendous contributions to our state, and it’s an honour to formally recognise them and their efforts today.”