Chandigarh: The Sikh Forum was formed by Sikh elite circles in 1986 after the tragic events of 1984- June 1984 attack on Darbar Sahib and other Sikh Gurdwaras by the Indian Army and November 1984 massacres of the Sikhs throughout Indian subcontinent. The Sikh Forum comprises mainly the elite Sikhs. 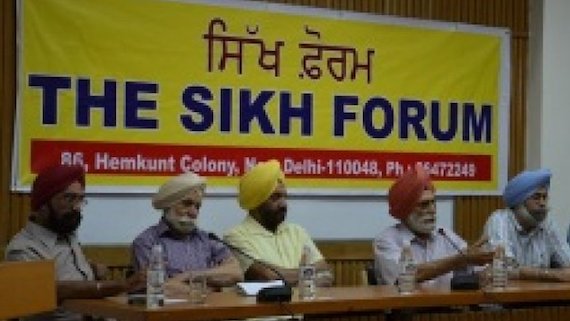 Forum President Pushpinder Singh Chopra and Secretary General Partap Singh has written a letter to the Indian Prime Minister Narendra Modi after the visit of Canadian Prime Minister expressing their concerns at the manner in which Justin Trudeau’s visit was ‘used to tarnish the image of Sikhs by officialdom and the media’.

A scanned copy of the letter was also sent to the Sikh Siyasat News (SSN) on February, which is being shared as follows for the information of readers of the SSN: