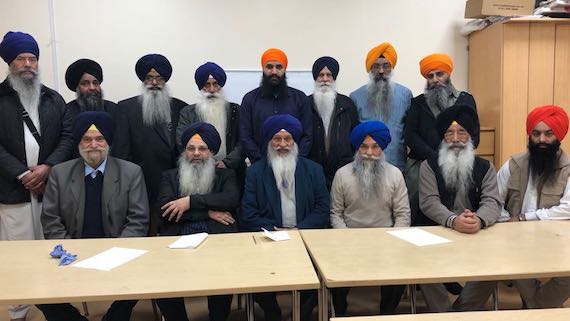 FSO leaders at Coventry during a Meeting.

A special meeting of Federation of Sikh Organisations, an umbrella body of pro-freedom Sikh groups in England, was held at Gurdwara Singh Sabha in Coventry on Sunday (March 11).

In a written statement issued in Gurmukhi (Panjabi), the FSO leaders also criticized the role played by the Indian media during Canadian PM Justin Trudeau’s visit to Sikh homeland Punjab.

FSO has issued an appeal to the Sikh Sangat and England based diaspora groups of other nationalities facing repression in India to protest against the Indian state during Narendra Modi’s visit.