New Delhi: In a big relief to Arvind Kejriwal-led Aam Aadmi Party, the Delhi High Court on Friday (March 23) set aside the Election Commission ruling disqualifying 20 ruling party MLAs for holding offices-of-profit as parliamentary secretaries. The relief is, however, temporary as the High Court has told the Election Commission to again hold the hearing and listen to the concerned MLAs also. 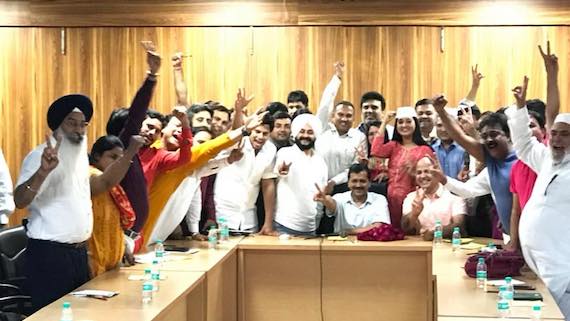 The court on Friday said that the Centre’s notification disqualifying the AAP MLAs was bad in law and remanded their plea back to the Election Commission which will hear it afresh. It said there was violation of natural justice and no oral hearing was given to the MLAs before disqualifying them as legislators of the Delhi Assembly. The MLA’s were also not formally informed about then Election Commissioner OP Rawat joining the hearings after recusing himself from the case last year.