The PSK authorities reportedly alleged that, on Tuesday (April 24), Simarjit Singh Bains, along with his gunmen and some supporters entered in seva kendra around 12.50 pm without any permission or prior appointment.

The PSK official alleged that Bains and his supporters began making videos on their mobile phones following which applicants got scared and started leaving the office. He further alleged that the security guard at the passport seva kendra was also manhandled by the MLA’s gummen when he tried to stop them from entering the premises without appointment. 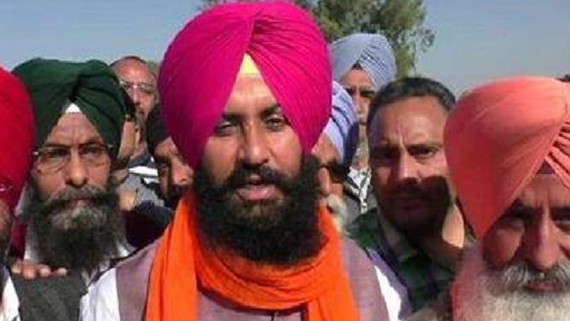 The FIR against Bains and his 10-15 unidentified supporters was registered under sections 451 (house-trespass in order to commit offence punishable with imprisonment), 353 (assault or criminal force to deter public servant from duty), 186 (obstructing public servant in discharge of public functions) and 506 (criminal intimidation) of the IPC at Model Town police station in Ludhiana.

Responding to the registration of the FIR, MLA Simarjit Singh Bains said the “FIRs cannot stop his anti-corruption drive”.

“I will continue visiting government offices to expose corruption. It is my fundamental right. Yesterday also, I had gone to the passport office to expose unauthorised agents sitting outside and looting applicants. They are even preparing fake documents and charging Rs 25,000 to Rs 50,000 per applicant. They are targeting poor people from rural areas who do not even know how to get an online appointment as they are illiterate. I had a fake voter ID card prepared by one of the agents and as soon as I reached there he ran away. Then I went inside and asked the passport office staff if they verify the files sent through agents to which they had no reply. Instead of taking action against agents sitting outside, I have been booked,” the Indian Express quote MLA Bains.

He added. “I never stopped when the Badals, during the SAD-BJP rule, got 13 FIRs registered against me. I will not stop now when the Congress is doing same thing,” he said.