Chandigarh: Aiming to stop burning of wheat crops and helping the farmers in the state, the Punjab Cultural Council has demanded from the Punjab Chief Minister Captain Amarinder Singh to fix the responsibilities of Powercom, Panchayats, Cooperation and Revenue departments for making necessary arrangements well in advance so that adequate safeguard measures could be made before the harvesting season and the government could save millions in lieu of compensations for huge losses to the cultivators. 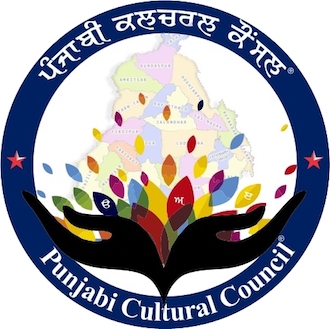 Giving a set of suggestions in a letter to CM, the Council Chairman Harjeet Singh Grewal, Secretary Harman Singh Butahari and Finance Secretary Baljit Singh Saini has asked the government not to allow sowing of wheat and let the grass growth in a radius of ten feet around the electricity transformers as sparking from the transformers causes ignition for flares in the wheat fields. Apart from this, the power corporation should also be directed to ensure cleanliness under the transformers and to timely repair of dangling power lines passing through the fields much before the harvesting.

They demanded that the complete monitoring and compliance of these two works should be done by the employees of concerned power station and stringent action should be taken against the negligent personnel.The Punjabi Cultural Council office bearers suggested that village level responsible employees of Agriculture, Panchayats and Cooperative departments should aware the farmers not to plant wheat around transformers and repairing of loose live wires in the fields. “The electricity corporation should aware the farmers through various modes of media and advice them for the timely repairs of low hanging wires and cables.

In the letter, the Punjabi Cultural Council also informed that the drivers of harvester combines’ as well as tractor drivenReapers often uses headphones or high pitched stereos for songs while driving. “During this activity, fire could broke out due to friction when some small piece of an iron or other harden gravel came in contact with the Reaper’s blade. Driver often misses such type of incident while listening music and the field reduces to ashes with the spark and the neighboring fields also comes under the ambit of flares”, the Council stressed.

He added that the Panchayats and cooperative departments should aware the harvester and reaper-tractor drivers to abstain from using headphones or running high pitched stereos while harvesting so that untoward fire incidents could be avoided in the fields.

The Punjabi Cultural Council has also demanded from the CM that the village panchayats should be provided with at least 10 small fire extinguishersat subsidized costsfor controlling outbreak of fire. They also demanded that it should be mandatory for harvester owners to have two cylinders for using them in case of emergency and to stop the fire from flare up.

The Council suggested that social workers and philanthropists should also be engaged to donate fire extinguishers in their respective villages.Besides, water tankers should also be provided to panchayatsfor using them in case of any exigency while harvesting in fields.Panchayats and cooperative societies in villages must educate the farmers to take precautionary measures during harvesting season”, said the Council.