Mumbai: Indian journalist Arnab Goswami and two others have been booked by Alibaug Police after an interior designer reportedly committed suicide accusing trio for not paying his dues. Media reports says that Anvay Naik (53) committed suicide on Saturday at his Alibaug residence by hanging himself.

The dead body of Naik’s mother, Kumud, 78, was also found near his body. The FIR was registered on the basis of a suicide note that was found near the body. 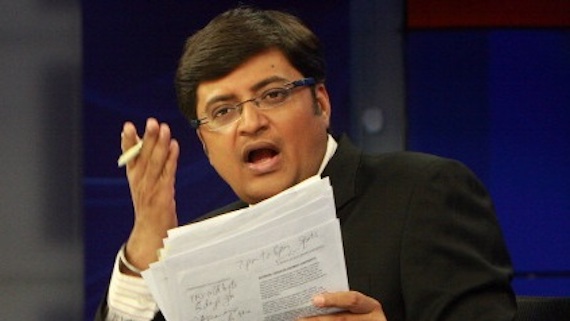 The police have registered a case of abetting suicide under IPC section 306 against the three people, including Arnab Goswami, who allegedly did not pay deceased’s dues.

Apart from the editor-in-chief of Republic TV Arnab Goswami, Feroz Shaikh of IcastX/Skimedia and Neetish Sarda of Smartworks are the other accused.

A complaint was filed by Naik’s wife, Akshata, after the incident.