Notably, Bhai Dhian Singh Mand is staging a dharna at Bargari village dmeanding demanding action in the beadbi cases as well into death of two Sikhs, who were killed by Punjab police in firing at village Behbal Kalan in October 2015. 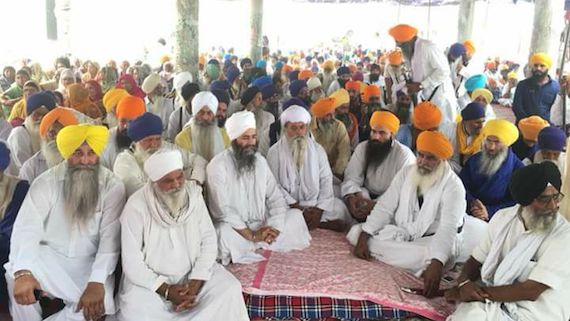 SGPC chief reportedly said: “[t]his (Bargari village) all is being done at the behest of Shiromani Akali Dal (Amritsar) head Simranjit Singh Mann and others to give the issue a political colour”.

The SGPC president, flanked by ex-minister Sikandar Singh Maluka and the local leadership of SAD (Badal), said: “the SGPC is also waiting eagerly for the probe findings to come out.”