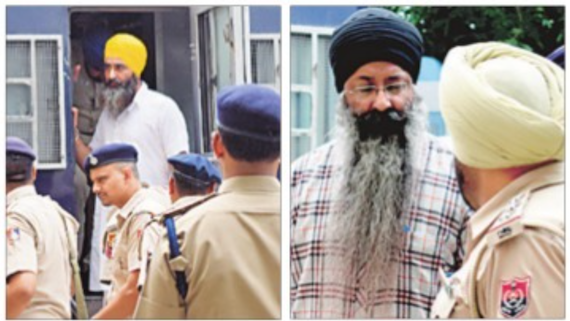 During yesterday’s hearing DSP Gurdev Singh Dhaliwal and DSP Rajesh Chhibar got their statements recorded as prosecution witnesses. Gurdev Singh Dhaliwal was investigation officer (IO) in this case when Ramandeep Singh Goli was arrested in Malaysia in November 2014 and Jagtar Singh Tara was arrested January 2015 in Thailand. Rajesh Chhibar was SHO at Tripari police station at the time of arrest of Jagtar Singh Tara.

Defence counsel Advocate Barjinder Singh Sodhi said that the court has fixed August 16 as next date for hearing in this case. He informed that hearing on next date will take place through video conferencing.