Chandigarh: A number of Sikh intellectuals representing various fields today accused Chief Minister Capt Amarinder Singh of reneging on his public committment of bringing the culprits of the Bargari sacrilege case to book within a few weeks of coming to power. Evidently colluding with Hindutva forces, he is, rather, out to delay the case with an intention to ultimately give it a decent burial.

More than a year has passed since Capt Amarinder Singh took stewardship of the Punjab government, but he has taken any concrete steps to expedite the delivery of justice in the sacrilege case and killings of two protesting Sikh youths of Behbal Kalan village in Faridkot district. Following footsteps of the previous Badal regime, the chief minister instituted another inquiry commission under Justice Ranjit Singh and announced to hand over the Behbal Kalan killings to the CBI.

Earlier,the Parkash Singh Badal  government too adopted dilatory tactics and set up the Justice Zora Singh Commission to  investigate into  the Bargari sacrilege case and also handed over the case of sacrilege and related cases to the CBI.

Three years have elapsed since the occurence of the sacrilege case in 2015. The Congress government, like that of its predecessor, has been playing a ‘hide and seek’ game in the religiously-sensitive sacrilege cases causing tremendous mental agony to the Sikhs.

Capt Amarinder Singh seems to be keen on exploiting the sacrilege cases politically as the Badal regime did earlier. And his delay in resolving the cases seems to be linked to garnering electoral dividends in the coming 2019 Lok Sabha elections. Whatever the case, like the Badals, Capt Amarinder Singh has shown an utter disregard to the religious sensibilities of the Sikhs. Toeing the line of previous regime, the chief minister, too, has pandered to the nationalistic agenda of the Hindutva forces at the cost of the religious sensibilities of the Sikh minority.

Investigations into the Behbal firing case to CBI would a mere an eye-wash as the Punjab Police SIT has failed to raise the accusing finger at the top brass of the police and the political bigwigs of the Akali regime who were clearly responsible for the police firing on the peaceful protesters. As reported in the press the Justice Ranjit Singh Commission of enquiry has, now, clearly mentioned the role of top police officials and politicians with regard to these incidents. In a very ingenious manner, Capt Amarinder Singh has sidetracked the recommendations of this commission and threw the ball in the court of C.B.I. instead of punishing the guilty police top officials. His game plan is obviously aimed at delaying tactics and providing a cover-up to Badal government who had committed the heinous offence. Hidden agenda of the mutual help of Badal-Amrinder duo has now come to the surface. But no one can deny that the people at the helm of affairs are asnwerable before the bar of history, sooner than later. 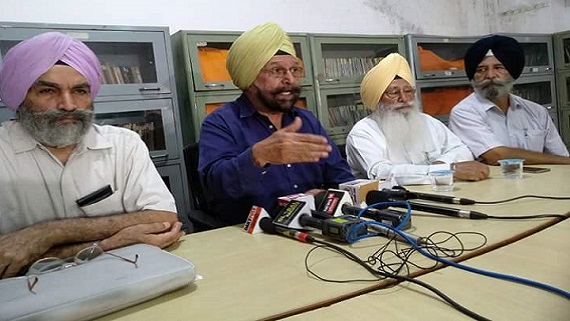 As per the report of Ranjit Singh Commission, former chief minister Parkash Singh Badal was in touch with the DGP Sumedh Saini before police opened fire at Sikh protesters. The report revealed that the use force was unwarranted and that Saini too should be named in the F.I.R. Faridkot district administration has also cautioned the police against the use of force on peaceful protestors.