Amritsar: Dr. Amarjit Singh, who was given additional charge as officiating head of Guru Nanak Studies department of Guru Nanak Dev University amid controversies, has now been accused of resorting “irregularities” in entrance examination of M.Phil (Religious Studies) to “ensure admission of his favorite students”. 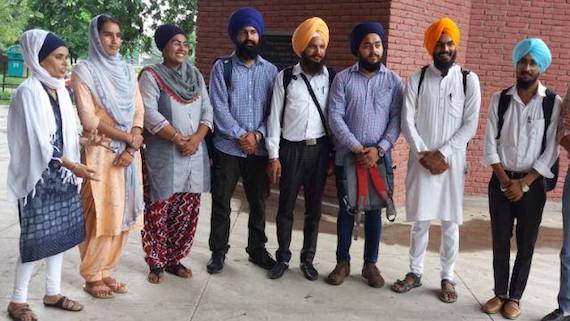 After being affected by the alleged irregularities, a group of students seeking admission in the course, has upped ante against the officiating head. “With no experience of working in any university at all, he is incapable of handling the pressure of being an HOD. From time to time since he got this additional charge he has been constantly making mistakes which have now become blunders and are seriously affecting the career of the students of the department”, said Avneet Kaur, one of the affected students.

She said, “The most recent example is the mishandling of the M.Phil (Religious Studies Entrance Exam). This exam was a complete disaster and not less than a crime on the part of the teachers involved. The particular favourite students were allowed extra time and even one was allowed to take the exam without any admit card or roll number”.

Avneet Kaur, who has recently passed MA (Philosophy) and is leading the protesting students, said, “Even we were asked to leave by the staff while we were sitting in the department of Guru Nanak Studies. Even the security was called to forcibly evict us. Apart from this, other students are being asked to keep distance from us”.

They have demanded the admissions be immediately cancelled, made on the basis of this entrance test and the test be reconducted under external supervision. “Secondly the teachers involved in this practice of setting up different question papers have given serious consequences as per rules”, they added. 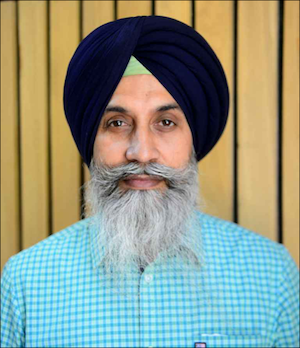 Students maintain that Dr. Amarjit Singh’s appointment was in violation of UGC guidelines and he lacks requisite qualifications for the post [File Photo]

Terming the appointment of Dr. Amarjit Singh in the department as violation of UGC rules, the students said he has not guided even a single student for M.Phil and Ph.D. This very clearly proves that why he could not set the M.Phil Entrance  exam appropriately, they said.

“Basicaly there are two departments– Guru Nanak Studies which is a teaching one and the other is the Centre on Guru Granth Sahib Studies which is basically for research work. Dr. Amarjeet Singh had joined as a researcher in the second department which meant his complete noninvolvement in teaching”, said Avneet Kaur.

“In December 2017, the MA Philosophy students had accused him of reducing there already acquired marks. The then Dean Academics did resolve it. Such things are prone to happen when a non teaching employee is given the additional charge of a teaching department”, she added.

Vice-chancillor Prof. Jaspal Singh Sandhu was not available over phone. As per sources, he has asked the department and students to submit their issues in written for further proceedings. On the other hand, Dr. Amarjit Singh termed the allegations as false and alleged that the protesting students are causing indiscipline in the university.