In a letter to the Indian minister, the Chief Minister has urged to take up the matter with her counterpart for having the corridor from the Indo-Pak border to Kartarpur Sahib opened.

“This will allow the faithful to pay their respects at the Gurudwara Sahib in Kartarpur,” said Captain Amarinder Singh, pointing out that Kartarpur is located across the river Ravi at a distance of around 4 kms from the International Border near Dera Baba Nanak in Gurdaspur district. 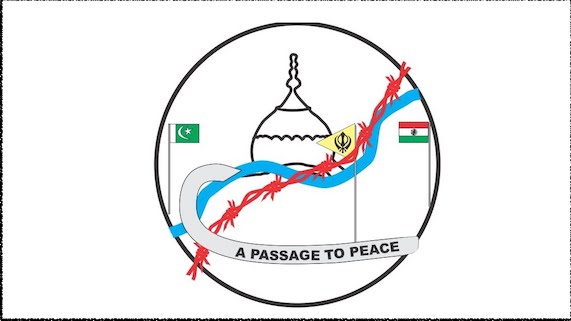 He however raised the demand of opening the corridor for the “duration of the celebrations”. Which means Capt. Amarinder Singh want it to be opened for limited period of time, as against the long pending demand of the Sikhs to open a permanent corridor between Dera Baba Nanak and Kartarpur Sahib so that Sikh devotees could visit Kartarpur Sahib.

A statement issued by Punjab CM’s office states that Captain Amarinder Singh further observed that in pursuance of the long-standing demand, former Prime Minister Dr. Manmohan Singh had made an announcement to this effect at Amritsar on 1st September 2004 on the occasion of the 400th Anniversary of Prakash Utsav of Guru Guru Granth Sahib ji. He had reiterated the same during his subsequent visits to the State in 2005 and 2006. However, despite best efforts this has not materialised, said the Chief Minister, urging Sushma to make personal efforts in the matter.

The statement issued by Punjab CM’s office does not make any mention of the fact that Pakistan’s Army chief Qamar Javed Bajwa himself told Amarinder Singh’s cabinet minister, few days back, that Pakistan was considering to open the proposed corridor on 550th Parkash Gurpurb of Guru Nanak Ji to allow Sikh sangat to visit Gurdwara Kartarpur Sahib.