Chandigarh: Divergent opinion has come up with regard to Punjab government’s ability to withdraw investigation of cases related to beadbi of Guru Granth Sahib at Burj Jawarahar Singh Wala and Bargari villages in 2015.

The Punjab state assembly had unanimously passed a resolution on Tuesday (Aug. 28) to withdraw the investigation of cases from the CBI and hand it over to a proposed Special Investigation Team (SIT) of the Punjab police.

The Indian Express (IE) has quoted undisclosed “prominent legal experts” saying that the government could not withdraw at least the Bargari case from the CBI.

“Prominent legal experts, quoting a Supreme Court judgment in Sikkim’s ex-CM Nar Bahadur Bhandari versus Union of India case in 1998, said the government could not recall cases once handed over to CBI”, reads a news-report in IE. 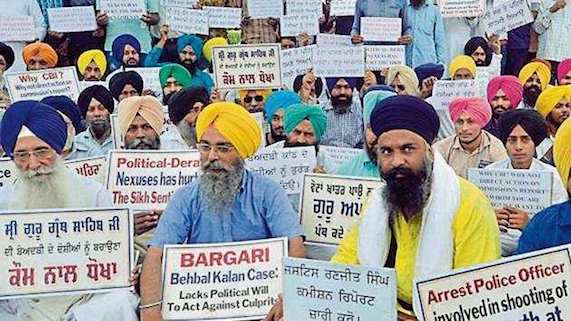 On the other hand, according to Times of India (ToI), the Aam Aadmi Party (AAP) leader H S Phoolka has clarified that the Punjab government can withdraw cases of religious sacrilege from the Central Bureau of Investigation (CBI), as had been decided by the state assembly on Tuesday by passing a resolution.

“No doubt that the decision of the state government should not be mala fide to help and save the accused. The state government is entitled to withdraw the case from the CBI on valid grounds.”, ToI has quoted a statement of HS Phoolka.

Phoolka added that in the present case, the CBI had yet to make any progress and since it was a highly emotive issue for Punjab, delay in investigation was causing unrest. He added that confusion was being created that the state was not authorized once cases were entrusted to the central agency.

Notably, cases related to beadbi incidents at Burj Jawahar Singh Wala and Bargari were transferred to the CBI by previous SAD (Badal)-BJP government.

No Hurdle in Making Headway in Kotkapura and Behbal Kalan Police Firing Cases:

Even though Punjab CM Capt. Amarinder Singh had announced to handover Kotkapura and Behbal Kalan police firing case to the CBI, the government did not issue notification in this regard. Therefore there is no legal hurdle whatsoever for the government to make progress in this case as per Tuesday’s resolution.