In the recording, Sheriff Saudino is heard saying: “He talked about the whole thing, the marijuana, sanctuary state…better criminal justice reform. Christ almighty, in other words let the blacks come in, do whatever the & they want, smoke their marijuana, do this do that, and don’t worry about it. You know, we’ll tie the hands of cops.” 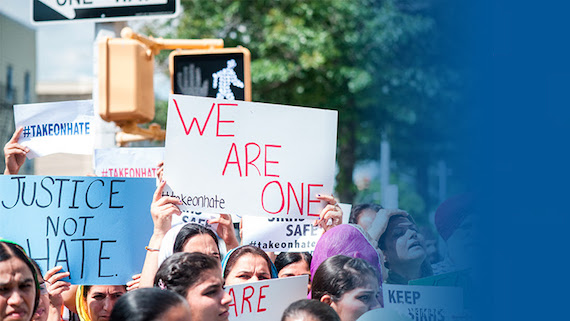 “Sheriff Saudino also complained that Attorney General Grewal was appointed to his position solely because of his turban. While Sheriff Saudino apologized on Thursday evening, we cannot accept these racist and homophobic viewpoints from a top elected law enforcement official in New Jersey”, said the Sikh Coalition.

“We call for Sheriff Saudino to immediately resign from his position,” said Sikh Coalition Senior Policy and Advocacy Manager, Sim J. Singh. “Tone at the top matters and we must hold our public officials accountable for this despicable bigotry. Law enforcement also needs to provide trainings in order to restore trust and demonstrate that hate will not be tolerated.”

The Sikh Coalition has already sent a letter to the Bergen County Board of Executives demanding swift action against Sheriff Saudino. In addition, we call for the implementation of cultural awareness and anti-bias trainings for all staff employed by the Bergen County Sheriff’s Office on behalf of the communities impacted by Sheriff Saudino’s remarks.