Amritsar: Dal Khalsa, a pro-freedom Sikh group, said that it was delighted to learn that United Nations Secretary General will be visiting be visiting Darbar Sahib, on October 3, during his forthcoming visit to Indian subcontinent.

In a written press release, the Dal Khalsa said the Sikhs wholeheartedly welcome him to the land of the Gurus, the birth-place of Sikhism and home to Punjabis of all religions living in an inclusive society, looking Gurdwards and dedicated to the concept of Sarbat da Bhalla.

Reminding the visiting world’s top diplomat about Sikh concerns pending with the UN for long, Party head Harpal Singh Cheema in a communiqué sent to Mr. António Guterres said like a camel waiting for water in a desert, the Sikhs look towards the United Nations for succour, rights and justice.

Mr. António would perhaps be the first Secretary General of the United Nations to visit Darbar Sahib. 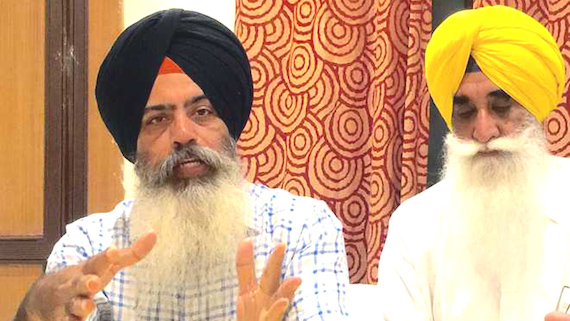 Referring to secretary general’s own words, while announcing the appointment of the new UN High Commissioner for Human Rights that “She (Ms Michelle Bachellete) takes office at a time of grave consequence for human rights. Hatred and inequality are on the rise. Space for civil society is shrinking. Press freedoms are under pressure, Cheema said all of this and more is true of India whose leadership you would interact at the highest echelons of power during your three day visit.

“Your visit to India is at a very critical and crucial juncture”, said Dal Khalsa leader and urged him to take up with India how it deals with ethnic and religious minorities (Sikhs, Kashmiris, Tamils, Nagas) and Dalits.

He said there was a wholesale climate of fear and repression in India and no amount of cover up by celebrating Peace Day will cover that up. “You need to scratch below the surface and the veneer of peace and tranquillity will start crumbling and this would lend a meaning to your visit”.

Quoting Mr. António views on the Rohingya genocide in Myanmar and the endorsement of the Kashmir report of the United Nations High Commissioner for Human Rights, the Dal Khalsa leader said it gives hope to the beleaguered people of this region who are struggling to protect their human rights, particularly their right to self-determination. The Sikhs too seek the UN-guaranteed right to self-determination and have petitioned the United Nations many a time, reads the memo.

Narrating the details of the memo, party spokesperson Kanwar Pal Singh said Dal Khalsa has demanded international probe by United Nations for November 1984 when all arms of the Indian state conspired and carried well-orchestrated genocidal killings of the Sikhs in Delhi and Kanpur.

Dal Khalsa also sought the setting up of a Commission under the aegis of the United Nations Human Rights Council to unearth the involuntary detentions, torture and custodial deaths of Sikhs during the period of struggle from 1981 onwards to the present.

Dismissing popular perception that Gandhi’s India does not believe in custodial violence and torture, he said this was one of the biggest lies of the century. The organization requested UN Secretary General to make the countries implement the UN charter for Human Rights.