“Indian Government in June 1984 ordered a military action at the holy Sri Harimandir Sahib and Sri Akal Takhat Sahib causing heavy destruction to this holy place”, wrote SGPC chief Gobind Singh Longowal. “Genocide was planned at the behest of the government in different cities of India mainly in Delhi, Kanpur killing thousands of Sikhs” he added. 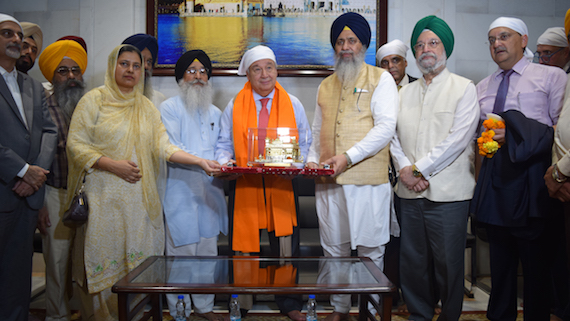 “The Gurdwara in Kartamur stands on the bank of the river Ravi. It was here that Guru Nanak Dcv Ji the first Guru of Sikhs who assembled a Sikh Community and lived for 18 years until 1539 Ad There have long been demands from the Shiromani Gurdwara Parbandhak Committee and Sikh Community to build a “Visa Free corridor” to allow pilgrims to cross over into Pakistan to visit the Kartarpur Sahib shrine, and return the same day. Decision of such kind will help in prevailing peace and prosperity in the region. We would like you to take up the matter in the United Nations General Assembly to resolve this matter”, SGPC chief wrote to UN Secretary General.