Amritsar/ Chandigarh: The Shiromani Gurdwara Parbandhak Committee (SGPC) general house today reelected Gobind Singh Longowal as its president. Notably, SGPC president and executive is elected every year. The election however in present scenario is a mere formality as final authority to appoint president of SGPC is exercised by Sukhbir Singh Badal as president of the Shiromani Akali Dal (Badal) which controls the SGPC. 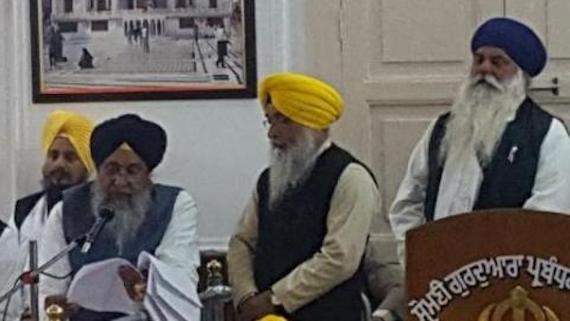 After the election process was over, SGPC member Bibi Kiranjot Kaur raised objections against SGPC executive’s decision to remove historian Dr. Kirpal Singh from a project related to editing of sources of Sikh history. The SGPC officials did not pay much heed to her arguments and when she continued to raised her points the general assembly was declared to have ended.

More details were awaited at the time of writing this news. A detailed news may follow soon. (Published on 13 Nov., 2018 at 02:18 PM; Amritsar Time)