Dal Khalsa on Amritsar blast: Probe Attack from all Angles and Not Just From Prism of Sikh-Nirankari Clash of 1978

Amritsar: Dal Khalsa chief Harpal Singh Cheema in a press statement has expressed grief over the loss of human lives in a grenade Bomb blast at Nirankari Bhavan near Amritsar.

It’s almost 34 years that the bloody fight against the group calling themselves Nirankaris has been put into cold storage despite the Akal Takhat hukamnama severing all types of ties with the followers of this group still stands intact, he pointed out.

We are surprised and clueless as we see no immediate reason that could trigger the violent attack on the Nirankaris. Surely there is more to it than meets the eye, observed Harpal Singh Cheema. 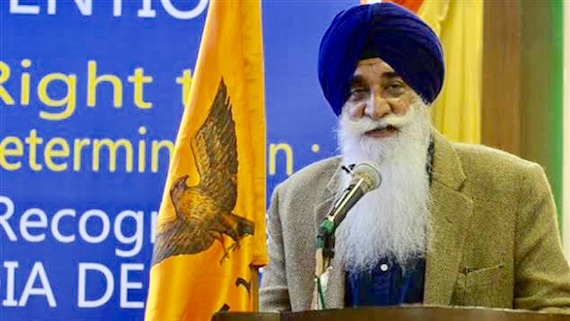 He said that the government, the police and investigative agencies should probe this attack without any prejudice or the foregone conclusion of seeing it only from the prism of Sikh-Nirankari clash of 1978.

Till the identity of the attackers is not ascertained, the motive behind the attack will remain dubious, he said. He ask responsible leaders of all parties to refrain from accusations and slander.

He said the approach of the electronic media so far is highly irresponsible.

It is notable that Punjab CM Capt. Amarinder Singh said during his interaction with the media persons at Amritsar last evening that the recent incident can not be clubbed with the 1978 Visakhi incident.