Punjab Cabinet Approves Compensation of Rs. 60 Lac to Sikhs Against Damage to Properties in Shillong Clashes

Chandigarh: The Punjab Cabinet led by CM Amarinder Singh today approved relaxation in instructions of the Relief and Resettlement Department for providing Rs. 60 lacs as compensation to the Sikh community against damage caused to their properties during violence in Shillong.

According to a spokesperson of the Chief Minister’s Office, out of the total amount of Rs. 60 lacs, Rs. 50 lac would be provided to Khalsa Middle School, Bara Bazar for reconstruction as its old building has been declared unsafe. Similarly, monetary assistance to the tune of Rs. 2 lac would be given to Sangam Singh S/o Manjit Singh of Punjabi Colony Bara Bazar for loss caused to his shop in violence. Apart from this, Rs. 3 lac would be given to Gurmeet Singh S/o Gurmukh Singh, whose scooty showroom was put on fire during clashes, while Rs. 5 lac is being given to Satpal Singh, the owner of truck no. PB-02-BV-7632, which was set ablaze during the violence against the Sikhs at Shillong. 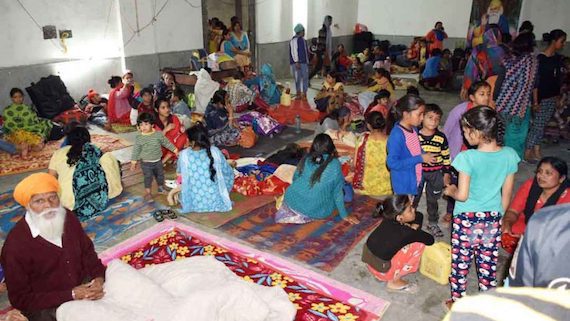 A written statement by the CMO (copy available with the SSN) notes that CM Amarinder Singh had deputed a four-member delegation led by Cooperation & Jails Minister Sukhjinder Singh Randhawa to visit Shillong for taking stock of damage caused to the properties of Sikh community in violence. The delegation had detailed deliberations with the members of the community, where certain requests were made by the Sikhs for monetary assistance.

On their return from the strife-torn areas of Shillong, the delegation submitted a report and apprised the Chief Minister about the situation. Captain Amarinder Singh on September 28, 2018 ordered that requisite amount be provided from the Chief Minister’s Relief Fund to the Punjabi Sikh settlers, whose shops were gutted, besides construction of a community-run school.