Hoshiarpur: Dal Khalsa urges Canadian Government to with­draw the un­sub­stan­ti­ated men­tion of Sikh (Khalistani) Extremism in its 2018 Pubic Safety Report on the Terrorism threat to Canada. 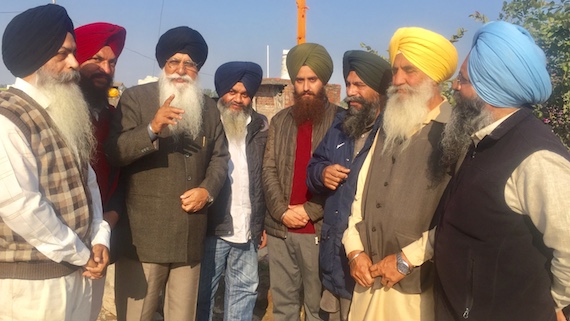 He said the Canada’s move without any substantial and concrete evidence amounts to stereotyped profiling of Sikhs which has evoked strong reaction among Sikhs worldwide.

We did not expect from Trudeau Government that it would toe the Indian line so easily. “ If the Canadian government thinks that by doing so it will be able to placate the Modi dispensation, it is mistaken. Moreover Canada should not set a stage to lose the overwhelming love of the community that was exhibited when PM Justin Trudeau visited Darbar Sahib, Amritsar in Feb this year.

Indian media that is desperate to show Khalistani Sikhs in a poor light, have already started describing the 2018 Public Safety Report as a course correction to put India-Canada ties on track, he pointed out.

The Canadian government has missed a golden opportunity to dislodge the baseless concerns of Indian state regarding the threat to its integrity from Canadian Sikhs supporting the cause of right to self-determination in Punjab, he observed. Ottawa does not have to buy any ar­gu­ment for or against the Sikhs from any­one and least of all from New Delhi.