Indian Agencies Snooping Into Your Computer: The Orwellian Nightmare Is Here

In 2001, for the very first time, I took George Orwell’s masterpiece “1984” in my hand. A dystopian novel having a dictator named “Big Brother” who believes in “WAR IS PEACE, SLAVERY IS FREEDOM, IGNORANCE IS STRENGTH” and used to spread his belief by hook or crook. Big Brother used to spy on every citizen of his rule because he wanted no one to go against him, either by technology or by marching in the street against him. The novel gave me chills even in my adolescence and it brought much more reality for me because I saw the Godhra Riot after the novel’s conclusion. Even when the novel showed its Big Brother slicing out freedom from every citizen it seldom brought so much tension in me until Narendra Modi government came into power with its nonsense policies.

Few days back I went through “1984” and “No Place to Hide” by Glenn Greenwald, a book on the much needed Edward Snowden. Snowden made 1984 seem a reality because he released the bitter truth of the spying American agencies like CIA, FBI etc., which used to observe every move of the citizens of America. He said, “I don’t want to live in a world where everything that I say, everything I do, everyone I talk to, every expression of creativity or love or friendship is recorded”. That’s right, he showed that even a Samsung TV to a refrigerator, everything was a means to gather information which can cripple the government and its evil motives. 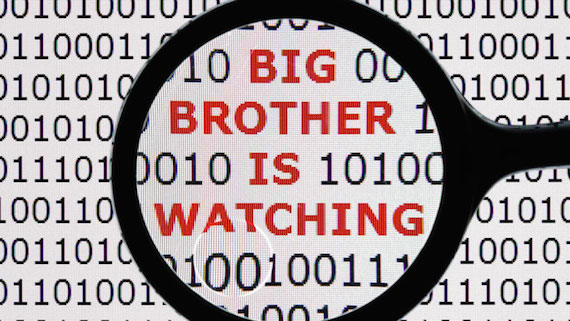 Today after the BJP government legalised “Hacking or Spying of Data by 10 Agencies of the Central government” just replicated “1984” in India and just like Snowden showed the reality of America, today it feels that actually Edward Snowden released the reality of the governments of each and every nation. The ten agencies that have been authorised to intercept, monitor and decrypt “any information generated, transmitted, received or stored in any computer resource” include the two intelligence agencies — internal spy body Intelligence Bureau and external intelligence agency Research and Analysis Wing.

The other agencies include: the Narcotics Control Board (which polices illegal drug trade), Enforcement Directorate (which looks after economic crimes), the Central Board of Direct Taxes (which is responsible for income tax), the Directorate of Revenue Intelligence (an anti-smuggling agency) and the Central Bureau of Investigation (which is tasked with investigating high-level corruption and other crimes).

In 2017, when the Supreme Court declared Right to Privacy as a fundamental right, the decision gave us a relief that along with it the Big Brother of India will fall which can help in keeping what’s private as private. From our sexuality to computer data, everything which is ours would be ours forever without any external involvement in the form of spying. It made many debates appear rational because one fundamental right brought a fair conclusion to many irrational discussions. Today when the government released this evil decision to provide full power to these ten agencies to spy over each and every citizen it reveals the naked picture of our country and its present condition. The present time is poisonous, it’s insecure, intolerant and the leaders are insecure that the citizens might cripple them through computer data or by releasing the evil secrets which can lead to mass killing or framing anyone.

It says that the UPA government brought the Information Technology (IT) Act, for the very first time and just like the former party, the present party is doing the same. Ironically, it sounds like “He is a shit so I have to become a shit”. UPA government never gave full power to Central Agencies to survey on Indian Citizens to gather information. Instead it gave power to Intelligence Bureau only, for the protection of the nation from external means. But today, the BJP government released its dictatorial picture before the country by giving full permission to the agencies which never should have the power because it’s against everything, both Law and Ethics.

The Orwellian Era has returned back and the Big Brother sits on the throne with Saffron colour and framed, mythical Gods as his shield. He sits with everyone beside him vowing to convert everyone, I repeat, everyone into THE Saffron Army to stay in power and to build an irrational and fragile country out of its tradition full of mythology.

* Kabir Deb is a published writer and poet. Born in Haflong and completed his Masters on Life Sciences from Assam University. His work has been published from different magazine like Different Truths, Counter Currents, Reviews, Cafe Dissensus, Spillwords magazine and his works rely on political activism. Views expressed are personal.