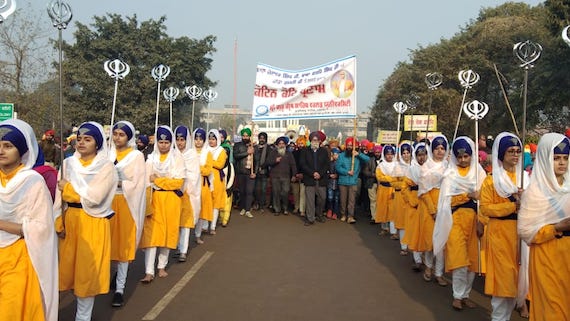 In a written statement the Public Relations Office of the SGGS World University said that on 28th December, Prof. Sukhdarshan Singh Khehra, Vice-Chancellor of the university, Prof. Pritpal Singh, Registrar of the university, along with teaching and non-teaching staff, and students participated in the Nagar Kirtan.

“The university authorities said that such camps and initiatives are need of the hour as the Sikh youth are becoming Patit and have drawn into vices like drugs. The University has taken these steps to spread awareness among the youth and to arrest the slide towards becoming lapsed Sikhs. The university authorities added that children need to be reminded of the symbols of their culture and their rich culture, heritage and history and public gatherings like these should be positively used for spreading awareness”, the statement reads. 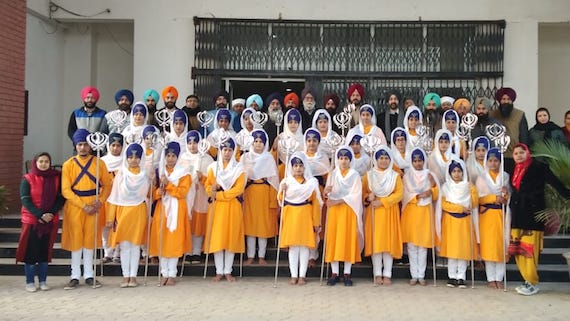 Registrar of the University, Dr. Pritpal Singh said that the University organised various programmes and events across the three days of Shaheedi Sabha i.e. from 26-28 December. He said that the University’s main aim to participate in this Shaheedi Sabha is to create awareness among the pilgrims and to provide them with facilities during their stay in the city. He told the University aimed to remind the people arriving in this holy city of Fatehgarh Sahib from all over Punjab, the sacrifice of the tenth Sikh Guru and how the youngest sons of the Guru laid their lives for the honour of their community.

In the physiotherapy and homeopathy camps, over 500 patients were treated free of cost. Over 300 students participated in turban tying training camps. Apart from these activities and events the University team also showed documentaries and films related to Sikhism to the pilgrims. On 26th December, A seminar on the theme of Martyrdom of Sirhind: In the context of religious freedom was also organised. Prof. Balkar Singh and Prof. Paramvir Singh from Punjabi University, Patiala were the honourable speakers.