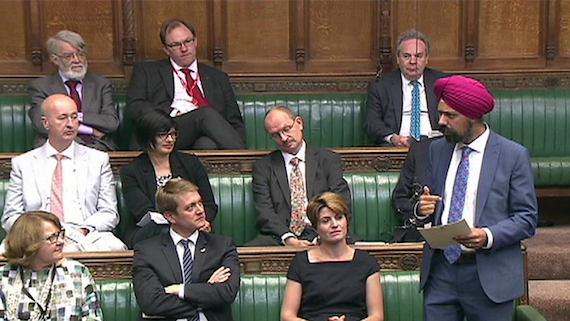 “After last night’s vote on the Prime Minister’s deal and subsequent historic defeat it is time for the Prime Minister to resign and for the country to decide on a new Parliament to take us forward as a nation”, Tan Dhesi said in a written statement (copy available with SSN).

Speaking in the debate Tanmanjeet Singh Dhesi MP said “Like the vast majority of MPs, I voted against the Prime Minister’s half baked, botched Brexit deal. For more than 2 years of negotiations, Theresa May has ignored opposition parties’ perspectives and that is why we as a nation are in a complete mess. We urgently need a Labour Government to solve the crisis facing our country”.

Notably, British PM Therese May led government was able to defeat the no confidence motion.