Chandigarh: Punjab Chief Minister Amarinder Singh has accused Indian Minister and former Punjab State BJP President Vijay Sampla for “trying to scuttle the dreams of the Sikh community by unnecessarily complicating the process of travel and darshan at the historic Kartarpur Sahib Gurdwara”.

“Instead of finding ways of facilitating the Sikh pilgrims, the central government, especially responsible elected representatives such as Sampla were constantly putting hurdles in the way of the realisation of their dream to visit the historic Gurdwara, which they had seen being fulfilled with the decision to open the Kartarpur Sahib Corridor”, said Amarinder Singh.

The statement of Vijay Sampla rejecting the possibility of Passport waiver and making visa mandatory for the poor and illiterate pilgrims crossing the Kartarpur Sahib Corridor had once again shown that neither the ruling Bhartiya Janata Party (BJP) nor its ally SAD (Badal) were interested in facilitating the devotees by making travel hassle-free, said Amarinder Singh. 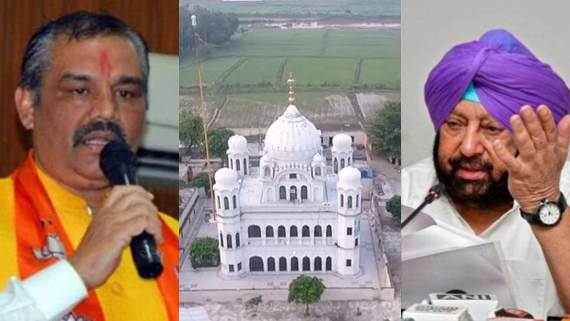 Sampla’s claim that all Punjabis had Passports was highly irresponsible and wrong, and showed how misinformed and disconnected from the masses the Minister was, he added.

Criticising Sampla for rejecting his proposal out of hand, without even studying the possibility for Passport and Visa waiver for the pilgrims to Kartarpur Sahib Gurdwara, the Chief Minister said while the BJP was, on the one hand, trying to take credit for the opening of the Corridor, it was, at the same time, doing its best to put hurdles in the way of its smooth operationalisation.

The BJP-SAD (Badal)’s efforts to stymy the efforts of the Punjab government were evident in the Centre’s various acts relating to the Corridor Project, including the recent statement of Vijay Sampla on behalf of the BJP-led Union Government, which was now coming out with various excuses and impediments to hassle-free travel by Sikh pilgrims, said the Chief Minister.

While even Passport waiver was not an impossibility, the visa requirement could definitely be done away with for devotees crossing the Corridor by allowing travel to Kartarpur Sahib on a Travel Permit, which was meant only for limited movement to the Gurdwara Sahib for paying obeisance, Captain Amarinder pointed out.

The Chief Minister said Sampla’s statement was reflective of the BJP’s anti-minority attitude and the Modi government’s continued attempts to sideline the country’s minorities to further its politically motivated agenda.

While hostilities with Pakistan could not be ignored, as he himself had been consistently maintaining even after the decision to open the Corridor, the Centre needed to ensure that the historic Corridor does not end up as a defunct idea, which would cause untold disappointment to the Sikh community based in India as also all over the world, said Captain Amarinder. This required some special efforts on the part of the union government to find ways of realising the Kartarpur Sahib dream of the Sikhs by making it travel friendly, he added.