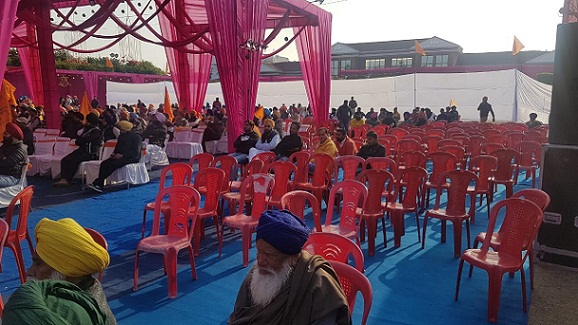 He was addressing a large workers meeting in the Amritsar South constituency which was organized by Talbir Singh Gill, who has also been assigned the responsibility of nurturing the seat on behalf of the party.

He faced embarrassment when chairs on sizeable portion stayed empty till end of the meeting. Moreover, the audience gave dull response when the party leaders were raising slogans from the stage.

Sukhbir Singh Badal said the Congress party had officially declared Rahul Gandhi was unfit to lead the party by bringing in Priyanka Gandhi in a desperate attempt to save its sinking ship.

Talking to newsmen after addressing the meeting, the SAD president said it appeared Congressmen had lost faith in Rahul’s leadership. “This is why Priyanka is being brought it but it will not have any impact in the parliamentary elections. The people have made up their mind to give their mandate to the NDA under the leadership of Narendra Modi”, he added. 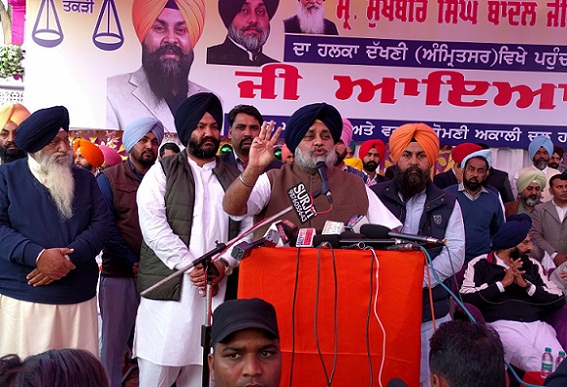 He said it seemed there was no government at the grass root level. “Congress leaders and legislators have unleashed law of the jungle and are lodging false cases against people simply because they voted for the SAD. Even aged women and children have not been spared in the vendetta drive”.  He warned police officers who were lodging false cases against his party workers at the instance of the Congress that due action would be taken against them and that they would be dismissed from service once the SAD-BJP government was returned to power.

Speaking about the state of affairs in Punjab, Badal He said the Congress government had brought all development work to a standstill immediately upon taking over the reins of the State simply because they had been initiated by the erstwhile SAD-BJP government. “Now the same government is taking credit for work done by the SAD-BJP alliance. Tourism minister Navjot Singh Sidhu, who termed the Virasat-i-Khalsa as a white elephant, is now claiming that the museum has found a mention in the Limca Book of Records for the being the most visited museum in the country”.

The SAD president said earlier Navjot Singh Sidhu had stopped the BRTS project in Amritsar “simply because it was initiated by me. The same happened in case of the water bus in Harike Patan which was to be developed as a major tourist destination”. Badal said even the Virasat Marg adjoining Sri Darbar Sahib was not being maintained. “This is not how government’s function. If the Congress government cannot do anything it should at least maintain facilities which have been created for public good”, he added.

Badal appealed to the people to teach a befitting lesson to the Congress party in the forthcoming parliamentary elections, saying this was the only way to force the party to fulfill the promises made to the people.