Chandigarh: It is learnt that the management managing committee of Takht Sri Patna Sahib is planning to undertake the “renovation” and “beautification” of gurdwaras in Bangladesh.

A report in Hindustan Times (HT) notes that [a]t a crucial meeting held last week, the shrine management committee decided to send a delegation to Bangladesh to study the condition of gurdwaras in the country and chalk out an effective plan to revamp them. 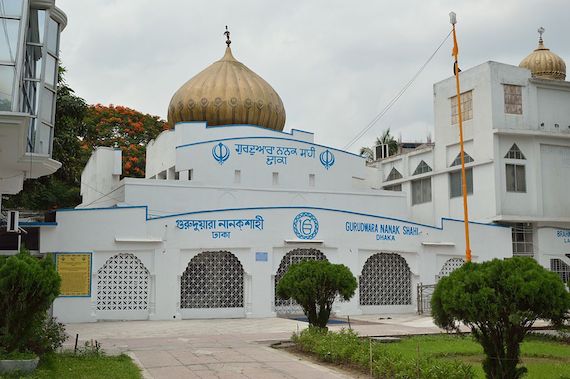 Committee’s general secretary Mahenderpal Singh Dhillon, said, “We have learnt that the gurdwaras in Bangladesh are in need of a revamp. Dr. Parmveer Singh, researcher and professor at Punjabi University, Patiala, has been given the responsibility on behalf of the Takht committee to travel to Bangladesh to study the prevailing condition of the historical gurdwaras in the country where the founder of Sikhism Guru Nanak and Guru Teg Bahadur had visited. Proofs of their footprints can be found in those gurdwaras.”

He said Dr. Parmveer Singh will assess and submit a report on the work to be done for bringing back the shrines to their original grandeur. Bangladesh till the late sixties had in all 18 gurdwaras. Post 1971, only five remain, of which two are in Dhaka, two in Chittagong while the fifth one is located in Mymensingh, about 120 km north of Dhaka.

Mahenderpal Singh said, “There are evidence of the destruction of at least nine gurdwaras in Bangladesh during the 1971 war but no efforts were made by local authorities to reconstruct them.”

He claimed that Dhaka University was constructed on gurudwara’s land. “The gurdwara that was demolished had a lot of vacant land on its premises. We will have to dig out the relevant documents from local authorities to reclaim the land. The government gave no compensation in lieu of the land taken away for construction of the university. Once the fact finding team returns, we will meet the state and Union government seeking their help to reclaim the land of gurdwaras in the neighbouring country,” he added.