Amritsar: An Amritsar based Sikh youth group has called upon people of Punjab to look after the safety of Kashmiri students who are studying and staying in Punjab.

The call came in wake of hate propaganda against Kashmiris in the backdrop of Thursday’s Pulwama attack in which more than forty CRPF men were killed by a Kashmiri “fidayeen“. 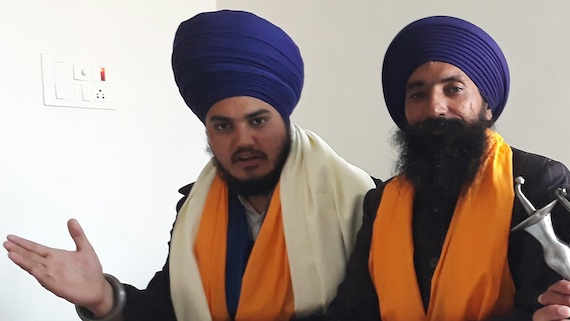 Sikh Youth Federation Bhindranwale (SYFB) leaders Balwant Singh Gopala and Ranjeet Singh (Damdami Taksal) said that the Punjab is considered as homeland of the Sikhs and the values of Sikhi must reflect from the acts of Sikhs and residents of the Punjab.

They appealed to the people of Punjab to not to get misled by mischievous and hate-mongering propaganda popping up over the social-media or the Indian main stream media against Kashmiri people.

SYFB leaders said that Kashmiri students have come to Punjab for study to pursue their professional carries and they should be not be targeted unnecessarily.