We’re Alive Today Because of Our Sikh Brothers in Jammu: Kashmiri Drivers

Amid mob attacks in Jammu recently, scores of Sikh saviours had come riding on Bullet bikes to the rescue of many Kashmiris in Gujjar Nagar. Back home, a few Kashmiri drivers recall the chilling encounters, with a shimmering Sikh hope. Following details were originally published by Free Press Kashmiri under title: “‘We’re alive today because of our Sikh brothers’: Kashmiri drivers back home from Jammu tell tales of agony and hope” by Zishan Amiri. Its reproduced below for the information of readers of the Sikh Siyasat News.

For eight hours straight, Azhar, Mansoor and Nadeem had locked themselves inside a public toilet, from where they witnessed their four-wheelers being shattered into pieces by angry mobs chanting: “Bharat maata ki jai”, “Kashmiriyo ko zinda jalaao”, “Gaddaaro wapas jaao.”

It was the night of February 15, just a day after Jaish-e-Mohammad’s local recruit Aadil Ahmad Dar alias Waqas Commando carried out a deadly suicide attack claiming as many as 49 CRPF personnel in south Kashmir’s Pulwama.

As entire India collectively burnt in rage, Kashmiris outside the valley became soft-targets for what the country called #Revenge. 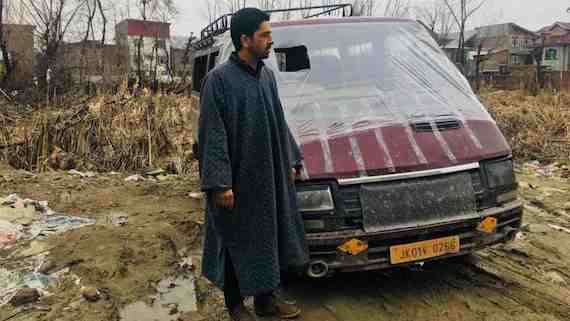 While “genocide of Kashmiris, war with Pakistan” became one of the most-spoken narratives, there was no hope for the trio – Azhar, Mansoor and Nadeem – other than running for their lives.

It were the Jammu Sardars – who came riding on 20 Bullet bikes on the spot, to rescue the trio from the angry mob that was more than 200 in number, according to Azhar. Earlier Sikh Samaritans of Jammu had thrown open their Gurudwaras and Langars for stranded Kashmiris who came under the attack from the students of Jammu Science College. 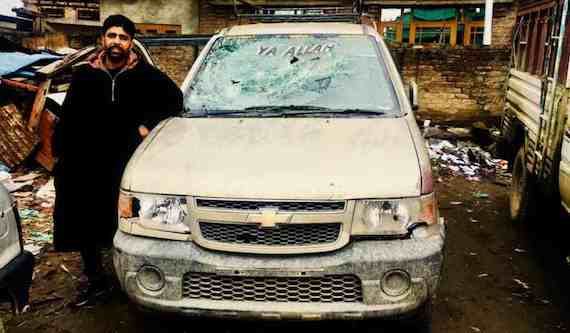 Recounting the event, Azhar narrates: “There were two four-wheelers – Tavera and a Traveller – carrying three families with about 25 members, of whom, ten were kids. We were coming from Ajmer Sharif, and had reached Nagrota at around 4:30 am. The road was clear, but for unknown reasons, we weren’t allowed to move forward.”

With no option, they drew back to Jammu’s Gujjar Nagar – a Muslim-dominated area – which has been the favoured location for a majority of Kashmiri drivers operating between Srinagar-Jammu.

It was around 4:30 AM, Azhar recalls, when they parked their vehicles at JDA parking and started looking for accommodation in the local lodges.

“We were rejected by at least about 20 of them because we were Kashmiris,” he says. “A few feared to give us shelter, while some just did not want to. On noticing a storeroom in the basement of one of the hotels, I pleaded the owner to at least give that space to the families. The owner agreed and for that small storeroom, they charged us about Rs 2000. Regardless, we paid the amount.”

As the families of 25 members made themselves comfortable in that small room in the basement, Azhar, Mansoor, and Nadeem went to a public washroom for a bath.

Azhar and Nadeem occupied two of the washrooms, while Mansoor stayed outside. As the sun made its way and Jammu woke up agitated over the killing of 49 CRPF personnel, Mansoor witnessed a horrific sight.

“I saw a group of Hindu men with lathis in their hands marching towards Gujjar Nagar. On their way, they smashed all the vehicles they could spot with Kashmir registration, and in fact, some were even set on fire. I hurriedly knocked the washroom door that Azhar had occupied. I told him the scenario and also cautioned Nadeem to come out. Thankfully, we did not come in their sight as we locked ourselves inside the washroom.” 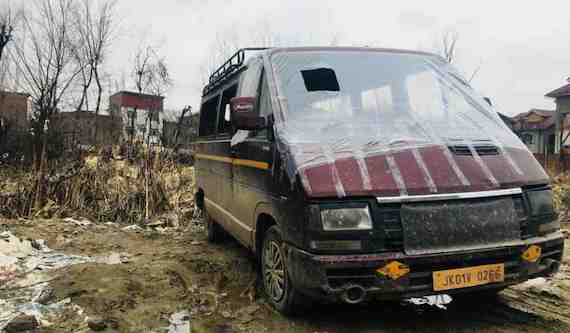 There was no stopping the angry crowd. The same day, stone-pelting incidents were reported between the Hindu mob and the Muslim residents of Gujjar Nagar; while a 30-second video clip of about six men physically assaulting two Kashmiri pheri-wallahs had also surfaced on social media.

Although targeted harassment of Kashmiris outside the valley was one of the most-reported subjects that day, yet, hundreds of incidents still remain unreported – the story of Azhar, Mansoor and Nadeem, is one such case.

Locked inside the washroom for about 8 hours, the trio had witnessed every bit of the attack on their parked four-wheelers – from the first hit on the front mirror to the attempts of torching.

“But thankfully, they did not set our cars on fire because it was parked very close to a transformer. I am glad at least they had some sense,” Azhar says.

“But anyway, money isn’t more important than life. Had our Sikh brothers not come to our rescue, who knows what would have happened to us?” Azhar says. “We’re alive today because of our Sikh brothers in Jammu.”

As per Azhar, the Sikh men arrived on motorcycles and took the trio and the families to a nearby Gurudwara, served them at their Langar, and furthermore escorted them to the city-end, as Azhar and his friends set their journey towards Srinagar the next morning, on February 16.

Asif Ahmad Bhat, a resident of Chanapora, who also runs his vehicle between Srinagar-Jammu, connected with the trio on his way back home.

Asif’s story, too, is similar to that of Azhar and his friends’. His driver after being attacked by the angry mob had run away.

“It was Kaakke and Vijay, two of my Hindu-friends in Jammu, who had informed me that my driver had run away and my car smashed into pieces,” Asif says.

Asif was in Srinagar when he was given the news. The next thing, he booked a flight ticket to Jammu for Rs 15,000 and was there the other day. As per Asif, his friends Kaakke and Vijay, with the help of other Sikh men escorted his damaged car from the area of the incident to a nearby Gurudwara.

Touched by the gesture of “unknown” Sikh men, Asif loudly declared: “I swear to Allah if someone ever attacks them in Kashmir, and even if that person happens to be my real brother, I will chop his head off!”