Gurdaspur/Dera Baba Nanak: The National Highway Authority of India (NHAI) has begun the process of demarcating the land for building a road for Gurdwara Kartarpur Sahib Corridor.

As per reports staff of NHAI on Monday demarcated the land to be acquired for the corridor and placed pillars. 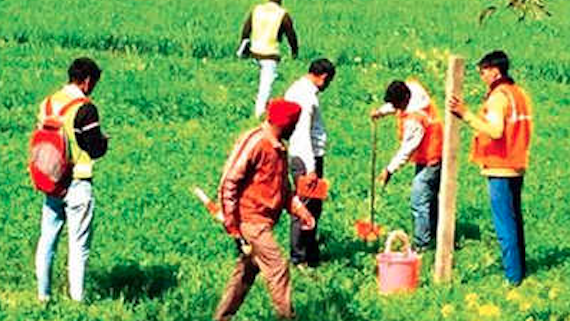 The corridor to be built across the border line dividing eastern and western parts of Punjab will connect Dera Baba Nanak in East Punjab with Gurdwara Darbar Sahib, Kartarpur Sahib in West Punjab.

As per reports the Pakistan has completed considerable portion of construction work on its side.