Chandigarh: China today welcomed the “goodwill signal” by the Pakistan side responding to reports of Pakistan Prime Minister Imran Khan’s announcement that the captured Indian Air Force pilot Wing Commander Abhinandan Varthaman would be released as a gesture of peace.

In the Ministry of Foreign Affairs briefing Friday, Chinese Foreign Ministry spokesperson Lu Kang said that from the start China was calling upon both sides to exercise restraint, ease tensions and engage in dialogue.

“China welcomes the goodwill signal by Pakistan side. De-escalation serves common interest of both sides,” he said. “Encourage both sides to make a joint effort to deal with the relevant issue.”

He reiterated that China hopes to see regional peace and stability. 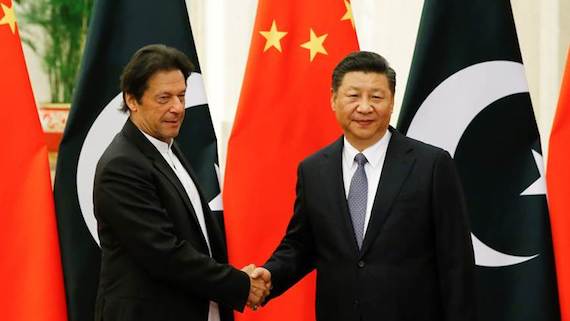 Chinese news agency, Xinhua reported Khan’s announcement of releasing the detained Indian pilot, and also said that tensions between the two neighbours have been running high after the attack in “Indian-controlled Kashmir” which killed over 40 Indian paramilitary troopers.

Meanwhile, China Daily, the state owned English language daily newspaper in its editorial ‘India, Pakistan need to rein in their animosity’ said: “As a good neighbour of both Pakistan and India, China, in particular, has expressed “deep concern” over the situation, urging the two arch rivals to “exercise restraint” and resolve their dispute through dialogue.”