Amritsar: In contrast to Indian army officials’ claims that India is capable of two front war, Punjab Chief Minister today asserted that neither India nor Pakistan could afford a full-scale war.

East Punjab Chief Minister on Monday “warned” that Pakistan would not hesitate to use its nuclear arsenal if it felt it was losing out against India in a conventional war. 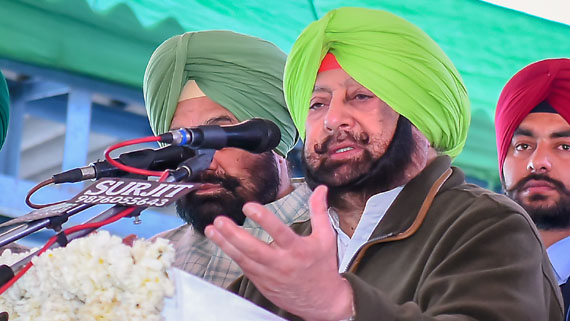 Pointing out that both India and Pakistan were nuclear powers, Amarinder Singh said it was not in either country’s interest to use the weapons of destruction but maintained that “Islamabad could indulge in such a misadventure if faced with defeat in other battles”.

The Indian Air Force (IAF) air strikes had proven India’s resolve to deal with the problem in the wake of the Pulwama attack on a CRPF convoy, said Amarinder Singh in an informal chat with mediapersons. He, however, refused to comment on the number of casualties inflicted by the said strikes.